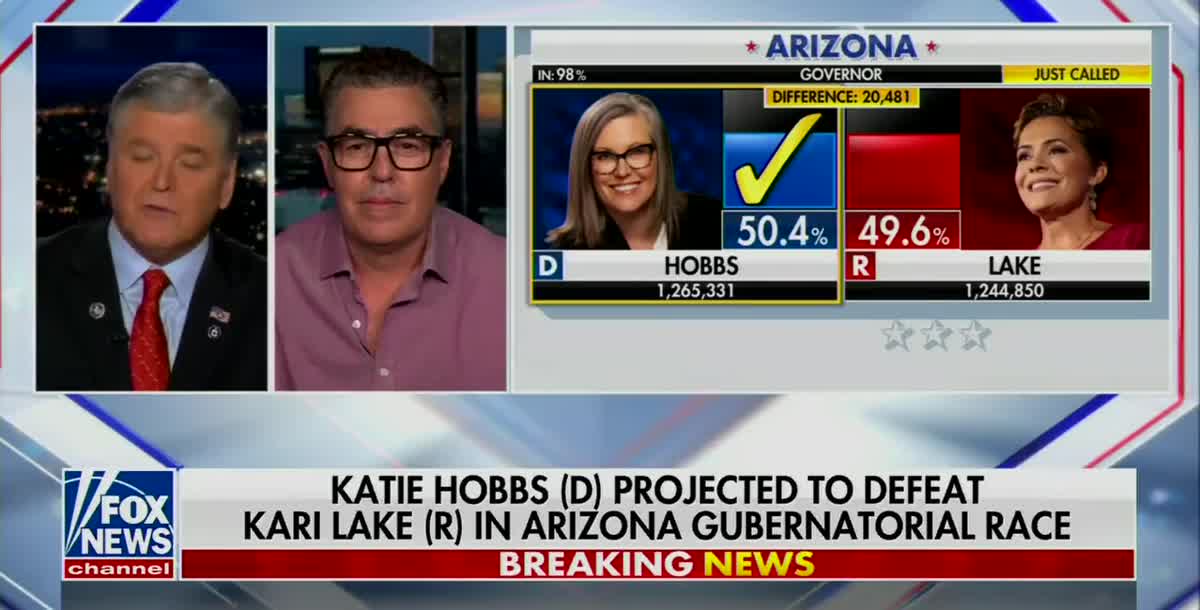 At the end of Sean Hannity's program, the Fox News host was forced to announce to his viewers that Katie Hobbs defeated Kari Lake in Arizona to take the governorship.

As Hannity was wrapping up an interview with Adam Carolla, a Fox News chyron blared onto his screen with the news that Katie Hobbs had just been called the winner over Kari Lake.

Hannity waited until Carolla's interview ended and then was forced to admit defeat.

"Apparently, they did have a drop in Arizona, and Fox is projecting the Democratic Secretary of State, who should have recused herself, Katie Hobbs has been elected as Governor of Arizona - - straight ahead," Hannity croaked.

The funny thing was, as I waited, there was no 'straight ahead' since commercials ran through to the end of his program. When Hannity handed it off to Laura Ingraham, there was no mention of Katie Hobbs' victory.

By the way, this recusal nonsense emanated from Kari Lake herself, who bashed Hobbs over the 2020 election and for being the state's election chief.

Republicans never mention that Georgia's Brian Kemp, a Republican, would fall under the same rule. Also, Hobbs, unlike Kemp, didn't purge the voter rolls during her campaign.

Why do I owe taxes this year? Tax expert explains common reasons