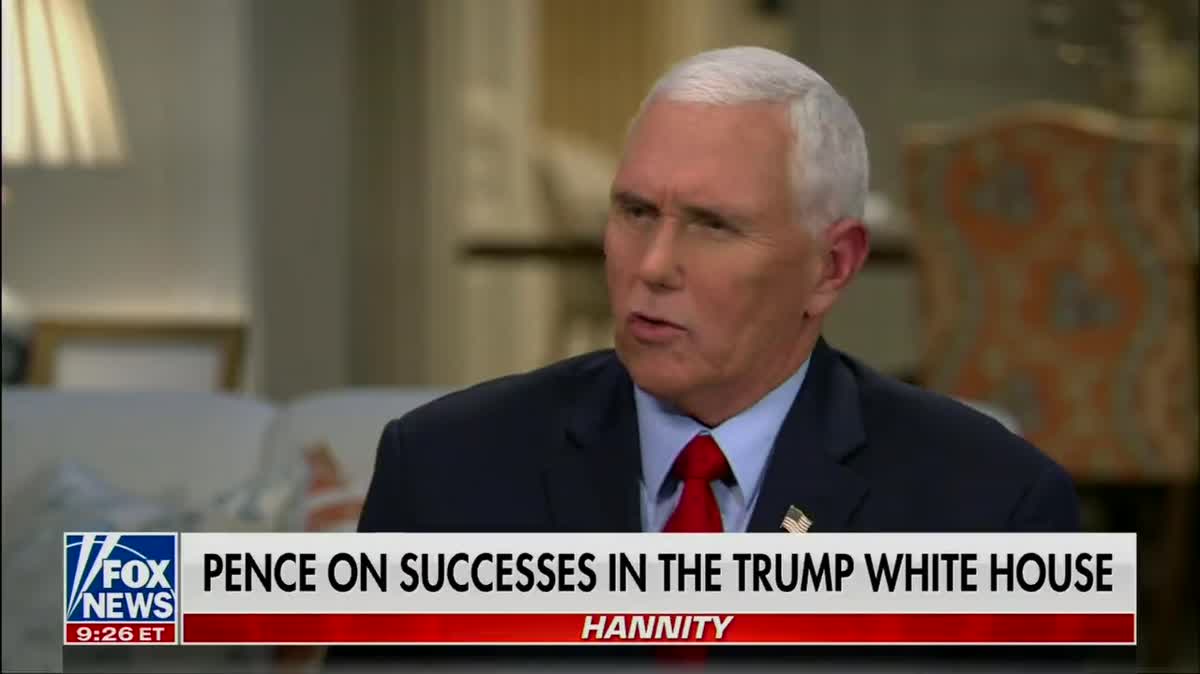 After sitting down for an interview with ABC's David Muir, former Vice President Mike Pence went on to talk with Fox New's Sean Hannity. Obviously, this vacuous, robotic clown will run for President in 2024, but it's hard to understand why he thinks he has a chance.

During his interview with Muir, Pence said, "David, I think that's up to the American people" if Trump runs again. That is pure Pence because earlier in the interview, he said that his former boss "endangered me and my family and everyone at the Capitol building."

Pence was no better on Hannity's show. The former veep said that the biggest accomplishment of the Trump administration was appointing "three Supreme Court justices." He said that made our "liberties more secure and gave America a new beginning for life," I assume he's referring to when the conservative-leaning Supreme Court stripped women of their right to get an abortion. That probably cost his party the Senate, and quite a few seats in the House, too.

He noted the "difficult days at the end" of the administration, which is a weird way of saying, "My boss wanted me to die," but OK. "Our administration didn't end well."

Well, we gots us a real genius up in here. That's a lot of fancy talk for Trump wanting his former vice-president to be hanged from the gallows his supporters erected outside the Capitol where they tried to overturn the election results.