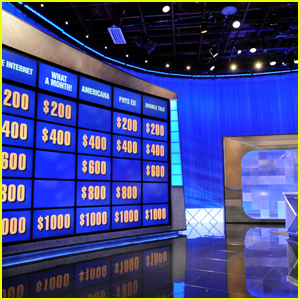 Celebrity Jeopardy! is getting backlash.

The celebrity edition of the quiz show is facing a ton of criticism on social media, and it all has to do with one of the answers that appeared during the show on Sunday (November 13).

The controversy had to do with Brian Laundrie, who killed Gabby Petito in Wyoming in 2021 while the couple was on a cross-country road trip. His remains were found in a Florida nature preserve after he committed suicide.

When host Mayim Bialik read the clue from “The A List” category, in which all answers included the letter “A,” she said, “In 2021 fugitive Brian Laundrie ended his days in Fla.’s Myakkahatchee Creek area, home to these long and toothy critters.”

Joel correctly asked: “What are alligators?”

She then went on to the next topic, but fans were infuriated, calling it deeply offensive and insensitive.

Check out a handful of reactions…

I was mortified to be watching Jeopardy and low and behold they asked a casual question about alligators referencing Brian Laundrie! Oh Mayim. Oh Jeopardy! ???? What incredibly poor taste. I’m sure her parents would be thrilled to turn on the tv to see this on a game show!!???

One of the worst answers ever tonight, @Jeopardy .
The Brian Laundrie one showed a complete lack of class and total disrespect.

Brian Laundrie, who confessed to killing Gabby Petito before committing suicide in Florida, was featured as an answer on Celebrity @Jeopardy last night.

It read, “Brian Laundrie ended his days,” referencing his suicide.

Offensive and in poor taste to use a clue about a recent killer- you couldn’t find another clue for “alligator”??

You have an entire team of writers and editors and yet no one stopped the alligator answer from being broadcast? What is wrong with all of you? You couldn’t think of a less offensive and disrespectful clue for alligator? I’m truly baffled and disgusted. #dobetterjeopardy

Wow @jeopardy making Brian Laundrie a clue for an answer for alligator is offensive. He was an abusive murderer and you put him on your show? How about #GabbyPetito who he murdered.

Find out what the new co-hosts of the show had to say about honoring Alex Trebek‘s legacy in their first joint interview.

Airlines and airports need each other — and also hate each other

I’m a small business owner, the rail strikes have already cost me £50,000 – it’s crippling us all

Today24.pro
The Darkest Secret and Tragedy of Edwin Valero Hans Niemann in the sole lead at the 3rd El Llobregat Open Why the power grid is an 'attractive target' for domestic terrorists: report In the age of megachurches, communion has become a big business