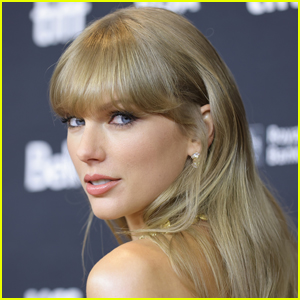 Some Swifties might be a little confused upon the announcement of the 2023 Grammys nominations on Tuesday (November 15), as the “Anti-Hero” singer-songwriter’s record-breaking album is nowhere to be found.

But there’s good reason, and it has nothing to do with the Recording Academy not acknowledging the hit album.

Midnights will not be nominated for the 2023 Grammys due to eligibility.

According to the Recording Academy’s official website, the eligibility period for the 2023 Grammys was from October 1, 2021 to September 30, 2022. Midnights came out on October 21, so it missed the deadline for Grammy consideration by just a few weeks.

The album also would have needed to be submitted by August 31 in order for it to have been considered for the 2023 Grammys. However, it’s eligible for the 2024 Grammys!

There are also some big ways for Taylor Swift to win at the 2023 ceremony: Red (Taylor’s Version) is eligible for Grammy consideration, and tracks like “All Too Well (10 Minute Version)” were submitted to compete for Record of the Year, Song of the Year, Best Pop Solo Performance, and Best Music Video, while “I Bet You Think About Me (Taylor’s Version) (From The Vault)” was submitted for consideration for Best Country Solo Performance and Best Country Song. Variety reports that there were 13 submissions total.

Check out the 2023 Grammys nominations!

Today24.pro
I make $1,000 a month by promoting Amazon products on social media. It only takes 5 hours per week — here's how I set up my side hustle. ‘How many Uber drivers does it take to pick up a disabled person?’: Disabled person says 3 Uber drivers canceled on them because of their service dog One of The Greatest Britons in History - Joe Calzaghe RoboCV: stacker robot