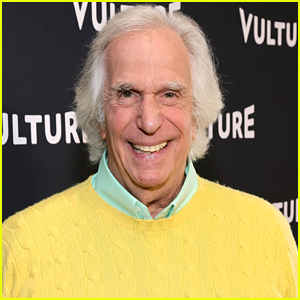 Henry Winkler opened up to talk about one really big regret he has after turning down a role many years ago.

The 77-year-old actor revealed he was offered the role of Danny Zuko in 1978′s musical film Grease.

Henry is most well known for playing Arthur Fonzarelli on Happy Days from 1974 to 1984. He was offered the role that eventually went to John Travolta during a time when he wasn’t getting many offers but didn’t want to get typecast.

“I literally thought, ‘Am I ever gonna find anything with as much impact as the Fonz? How will I know? Will anybody ever ask me? I’m not getting any offers,’ “Henry recalled.

“I am a damn fool,” Henry said. “I only realized years afterwards. I thought, I’ve played the Fonz, I don’t want to do it again.”

“I go home … and I have a diet Coke. John Travolta, who has done the movie, goes home and buys a plane,” he told CNN.

Grease became the highest-grossing musical film ever at the time of its release.

“Happy Days, Scream, Waterboy, Parks & Rec, Arrested Development and now Barry,” Henry said of what he later went on to do.

Earlier this year, Grease star Olivia Newton John sadly passed away at the age of 73.

Mother and child killed after tornadoes hit US South

Today24.pro
Billionaire investor Howard Marks touts a bargain boom as interest-rate fears grip markets - and predicts a surge in companies going bankrupt I make $1,000 a month by promoting Amazon products on social media. It only takes 5 hours per week — here's how I set up my side hustle. RoboCV: stacker robot One of The Greatest Britons in History - Joe Calzaghe