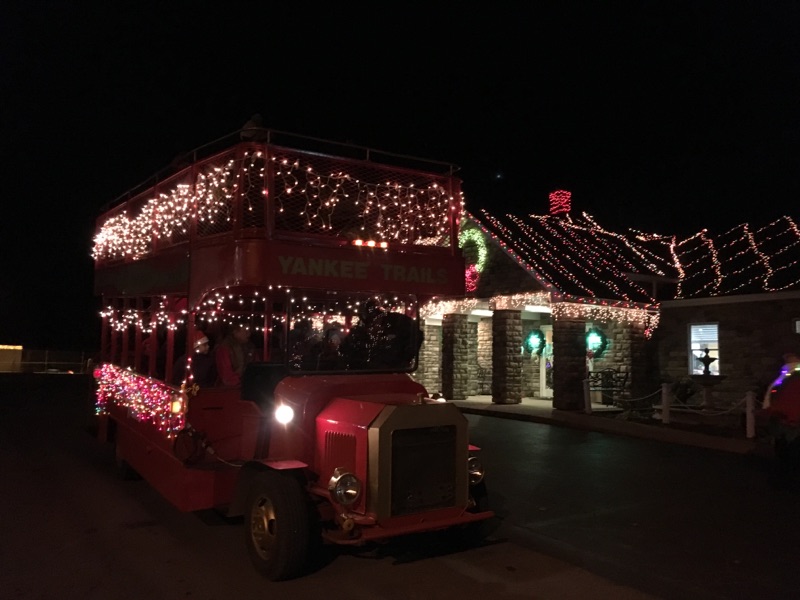 RENSSELAER, N.Y. (NEWS10) — Santa's Magical Express, a Capital Region holiday theatrical event presented by Yankee Trails, is returning for its 11th season, bringing another round of holiday cheer to families around the area. Starting on Friday, November 25, and running through Friday, December 23, the holiday production will run multiple shows every Thursday, Friday, Saturday, and Sunday night.

During the 100-minute production, families have the chance to meet Santa, send a holiday wish list to the North Pole, and save Christmas alongside beloved holiday characters. Special appearances will be made by Mrs. Claus, Frosty the Snowman, and Jack Frost.

New for the 2022 season is a Live on Tour version of Santa's Magical Express that departs from the Colonie Center mall. The trimmed-down version of the show is only an hour long and begins at Heroes Hideout Toy Store inside Colonie Center.

Ride the Polar Express in Kingston this holiday season

“Bringing some extra Christmas joy to the Capital Region is one of our favorite parts of presenting Santa’s Magical Express every year,” says Stephen Tobin, President of Yankee Trails. “We’re even more excited to bring the show On Tour this year so families who may not be able to make it to the full show at our headquarters in Rensselaer can still begin new holiday traditions with us.”

The first show of the season kicks off at 5:20 p.m. on Friday, November 25, with limited tickets still available for opening weekend. Ticket prices for Santa's Magical Express range from $29-$44, with discounted prices available on some shows.

For all 8 p.m. shows, one child goes to the show for free with every paying adult. Tickets for the Live on Tour version of Santa's Magical Express are $19 per person. To purchase tickets for either production, visit the Santa's Magical Express website. The full-scale productions leave from Yankee Trails, located at 569 Third Ave. Ext, in Rensselaer.

Here's why investors should consider putting money in the market now as optimism climbs, according to Vanguard's head of investor research

Electrification Is Based on Manufactured Necessity

Jeffrey Dahmer copycat sentenced to 45 years in prison after using Grindr as a 'hunting ground' to lure, kidnap, and attempt to kill an 18-year-old gay man