A PASTOR has been berated for dressing too “SEXY” in a furious letter from a member of his congregation – for wearing skinny jeans to church.

Adam Weber was stunned when he first read the letter chastising his sartorial sin as “disgusting” and “morally wrong”.

The poison pen letter was delivered to Adam’s Embrace Church in Sioux Falls, South Dakota, US, to remind him he is a “representative of Jesus”.

The 40-year-old was also told to dress “more conservatively”, and he should use more “common sense” before preaching in skinny jeans again.

But the dad-of-four, who admits to only owning three pairs of jeans, was quick to concede Christians can sometimes place too much importance on how a person dresses for church.

He responded to the note by insisting: “I think I’ll keep wearing my skinny jeans. Even if they’re… sexy?” 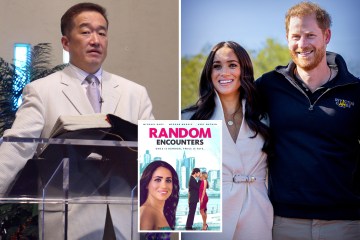 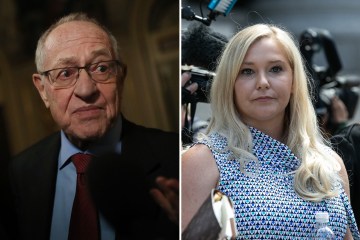 Although initially upset by the bizarre outburst, Adam said he “grieved” for the letter writer, and shared the mean missive online in hopes they would reach out to him.

Adam said: “I get letters and messages all the time, and 99 per cent of them are wonderful and encouraging.

“I get letters like this a few times a year. Sometimes I’ll get where the person is coming from.

“But when I started reading this, I wasn’t sure if it was one of my buddies joking with me or something.

“I laughed when the person wrote ‘since when do men wear skinny jeans?’ I was wondering if they were calling me out because skinny jeans are no longer in style.

“When I finished reading it, I became sad and heartbroken for the person who had written it – I grieve for this person.

“Maybe they’d been jaded or hurt by a pastor themselves. Oftentimes when we have strong and irrational beliefs like those in the letter, there’s pain behind that.”

The pastor insisted that his congregants should focus less on their clothes, adding that often Christians “are great at following rules, but their hearts look nothing like Jesus.”

Adam continued: “We have this idea that you should dress perfectly and be perfect when going to church.

“Jesus always ruffled feathers. He would have gotten many letters from religious people saying he was offensive and disgusting.”

The pastor added that his friends have made fun of him for the hilarious letter, adding that he was told by a pal: “Adam, I’ve known you for many years and I’ve never connected the word ‘sexy’ to you’.

“My friends kept saying I should take the letter as a compliment.”

Even pastors get hate letters from time to time

Sharing the letter to Facebook, Adam urged his followers to pray for the person who penned the letter.

Adam wrote: “I got this (anonymous) letter yesterday in the mail. From a Christian. Ouch!

“You know it’s gonna be interesting when there isn’t a name.

“I’ve never sent a letter like this. But I have written them many times in my mind (probably even over something really foolish like a pastor’s jeans).

The pastor’s congregants quickly flooded the comments section with support over the spiteful letter.

One wrote: “I’m only laughing at this because it is ridiculous! I love your sense of style. I always mention how cool your kicks are! You keep being you, Pastor.”

Another commented: “Hate to say it, but these are the Christians that turn people away from the church. I’ve done it myself in years past. Unbelievable.”

A fellow supporter wrote: “I have always thought the way you dress while on stage makes you feel more relatable to us.

“Wow this person has to have a sad life to get this upset about what you wear and take the time to write a letter.

“I always laugh at anonymous letters. They want to give their all high and mighty opinion but not let the person know who sent it.”

6 Best Exercises for Men Over 40