A MUM and daughter died after she scooped the three-year-old in her arms and fell on train tracks, an inquest heard today.

Leighane Melsadie Redmond was seen pacing up and down Taplow station in Buckinghamshire with Melsadie Adella-Rae Parris for over an hour.

The 27-year-old was captured on CCTV walking hand-in-hand with the toddler before picking her up and falling from the platform.

Beaconsfield Coroners Court was told both Leighane and Melsadie were killed in the horror on February 18. 2019.

The mum also owed £334 to her electricity supplier and £638 to the gas company and had been taken to court over the unpaid bills. 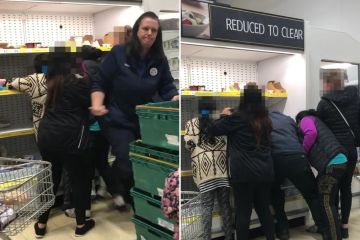 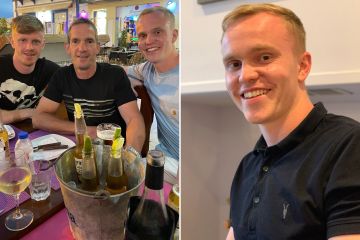 DS Rees said: “Leighane Redmond had several debts in several forms. She was behind on her rent, etcetera.

“On the day she had received news that some of her debt burdens had been relieved, if she had entered into a payment agreement which she did, and she was supposed to have started a new employment so her financial situation was potentially going to change.”

The inquest heard the new arrangement meant she would pay £143 back a month.

On the morning of February 18, Leighane checked her bank balance at a garage while Melsadie was at her dad’s house.

She then made a number of phonecalls – including one to her prospective employer and another “fairly lengthy” call with her landlord.

At 6pm, she attempted to book an Uber to Cherry Tree Road in Beaconsfield once with her daughter.

She also called her mother, which did not go through, before being seen with Melsadie at Taplow station.

The hearing was told her behaviour at the time was “not normal” – although the youngster seemed “at ease” with her mum.

EVERY 90 minutes in the UK a life is lost to suicide.

It doesn’t discriminate, touching the lives of people in every corner of society – from the homeless and unemployed to builders and doctors, reality stars and footballers.

It’s the biggest killer of people under the age of 35, more deadly than cancer and car crashes.

Yet it’s rarely spoken of, a taboo that threatens to continue its deadly rampage unless we all stop and take notice, now.

That is why The Sun launched the You’re Not Alone campaign.

The aim is that by sharing practical advice, raising awareness and breaking down the barriers people face when talking about their mental health, we can all do our bit to help save lives.

Let’s all vow to ask for help when we need it, and listen out for others… You’re Not Alone.

If you, or anyone you know, needs help dealing with mental health problems, the following organisations provide support:

DS Rees said: “Her movements around the station, going from one side of the station to the other, going down to the station and back up, was an unusual pattern of behaviour.”

If you are affected by any of the issues raised in this article, please call the Samaritans for free on 116123.

I’m a gym girl, I had a wardrobe malfunction when my top fell down mid-set, people say I’m ‘badass’ for how I handled it

A Smart Way To Win Over Working-Class Voters