A WOMAN who used to work in Sports Direct has revealed the savage way she got her own back on rude customers.

Holly Laing, from Northampton, has worked at multiple retail stores including Wilkos, Poundland, and Sports Direct.

The now full-time social media influencer was once employed by Sports Direct and revealed exactly what she did to rude customers.

In a comical video, Holly acted out a scenario that often happened in the store when customers would become rude because their size wasn’t on the shelf.

the ex-employee added that staff would rarely check what stock was in the store room if the customer was rude.

She said: “POV: Checking out the back.” 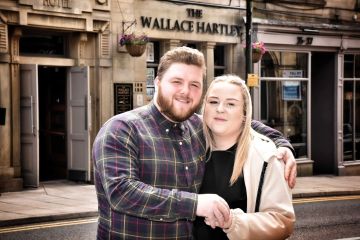 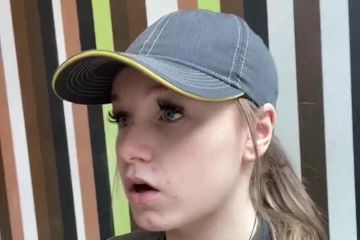 In the clip, the customer said to Holly: “Excuse me, I can’t find any more of these,” in an annoying tone.

Holly replied: “Oh yeah that’s the last one unfortunately we’ve sold out of them.”

The customer took offense and accused Holly of obviously lying because there was no way she could possibly know if they’d sold out.

Baffled by the customer’s response Holly explained: “Uh, well I do work here.”

The frustrated customer asked: “Well can you just check out the back for me? “

Holly responded: “Sure I’ll go check out the back for you.”

The ex-employee then walked to the stock room, but instead of checking if the product is in stock, she had a break.

She added: “Oh good timing actually I was in need of a break,” as she waited for the time to pass.

Holly then headed out to the shop floor and told the customer: “Yep, as I thought that was the last one.”

Not convinced the customer walked away and said: “Sure, I bet you didn’t even check.”

Holly then stated: “Well I would have if you were a nicer human being.”

The video soon went viral with over 175k views and left many people in hysterics.

One wrote: “No because people don’t realise that we work there so we most likely already KNOW what’s in the back and what’s not.”

Another person commented: “I’ve done this in work, oops we ran out of X part, just going to pop up to stores even though I know there’s none up there and pretend to look for them.”

A third penned: “Should have made her wait longer.”

The US stocks rally is driven by optimism that things are 'not as bad as feared,' but this may not last, Wells Fargo strategist warns