ENERGY bills are continuing to skyrocket at the moment, and this simple trick could save you time and money.

Tumble dryers can be energy and cash guzzling machines costing around 67p per cycle.

A savvy blogger has shared a simple trick that they say can reduce the drying time on what is one of the most energy-hungry devices in your home.

Posting on Make Money Without a Job, they revealed that throwing a towel into the tumble dryer at the start of each cycle can help soak up the moisture more quickly and reduce drying time.

Posting on the blog, they said: “This clever little tumble dryer hack is to put a dry towel into your tumble dryer with your wet washing.

“The towel will absorb moisture in your washing and help it to dry faster – reducing the amount of time you need to run your dryer and saving you cash!” 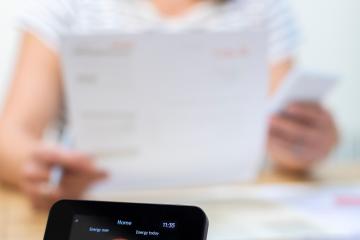 Major bank offering customers £2,000 to make improvements to their homes 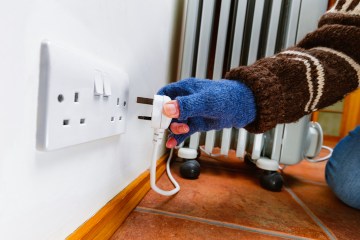 Experts are not clear exactly how much the trick can save you but as tumble dryers are one of the most energy intensive devices at home, cutting down the time they are in use can be crucial to save costs.

Facebook users have also debated the trick, with some saying it’s best to remove the towel halfway through once it’s soaked up a lot of the moisture.

One user said: “I’ve been doing it for the last two weeks and it’s cut the drying time in half.”

The price of running a tumble dryer depends on what type of machine you buy.

But on average, Uswitch estimates a tumble dryer uses roughly 4.5 kWh of energy per cycle.

Each kWh of energy you use costs 14.37p – which means that you’ll be coughing up roughly 67p per cycle.

For big families who do three loads of washing a week, that could mean you’re spending £104.52 a year tumble drying your clothes.

“The towel trick is an interesting one to try,  but the most effective tip is to reduce the time the clothes need in the dryer – the wetter they are, the longer they’ll need.

“Leaving the clothes for a while to air dry would certainly cut costs.”

More ways to save on your laundry costs

Another way to reduce your tumble dryer use is by doing an extra ten minute spin in the washing machine first to get it drier beforehand.

Will Owen, energy expert at Uswitch.com, said: “The longer your tumble dryer’s cycle, the more money it will cost you.

“If your clothes are dripping wet, it will have to run much longer to get them dry, increasing your energy bill dramatically.”

In addition, turning down the cycle heat, or just giving your tumble dryer a good clean could help reduce your bill.

Lisa Barber, Which? home products and services editor, said: “Maintaining your tumble dryer could trim your bill, as filters blocking up with dust and lint from clothes can add nearly £20 to annual laundry costs.”

Elsewhere, we reveal the cheapest time to wash and dry clothes to save money on energy bills – if you’re on the right tariff.

Meanwhile, we’ve listed exactly how much these most-used household appliances cost to run.

If you’re looking for an alternative to a tumble dryer we looked at how much a heated airer costs to run.