RAGING residents have blasted a developer for putting up an “eyesore” two-metre tall wall on their newbuild estate.

Planning permission for the wall – which locals have dubbed a “blot on the landscape” – was initially refused.

But the council have now overruled the decision – allowing the wall to stay.

The wall consists of chunky grey, blue bricks. A wooden fence is being constructed on top of it, further increasing its height.

Mounds of earth, building site debris and a metal fence in front of the structure contribute to its unsightliness. 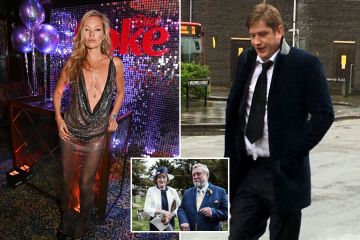 Houses on the upmarket newbuild estate are being sold for between £238K and £405K.

Bricklayer Alan Aitken, 64, lives in a house overlooking the wall. He said: “The wall makes the housing estate look like the entrance to an industrial site.

“We had a view of a nice field before the wall was built.

“Compared to what it was like before, the wall is an eyesore and a blot on the landscape.”

The wall was built behind a hedge but as autumn has turned into the winter, leaves have shed and the structure has become more visible.

“Thankfully, I don’t look onto it but people who do are not happy about it.

“It doesn’t seem right to me that they’ve still gone ahead.”

A spokesperson for Barratt Developments North East said: “The wall has been built to the height that was approved by Middlesbrough Council and is required to manage rainwater flow onto local roads as part of a drainage scheme designed with the council and Northumbrian Water.

“The wall is set back from the road and there is an existing hedgerow.

“The local community is extremely important to Barratt. Once fully built, the development will contribute over £7m towards affordable housing to provide homes for local people, £750,000 towards educational facilities, over £4m for local Highway works and a significant contribution to the local library.”