WE’VE all wondered what it must feel like as we slowly slip from life into death.

It can be a scary prospect for many people, as it’s largely the unknown.

If you think you’ll be heading towards the light when you die, one intensive care doctor has revealed what you might actually experience[/caption]

Now, one intensive care unit (ICU) doctor who has been studying this exact moment for over 25 years, has revealed the five key things that patients have told him about the border between life and death.

Dr Sam Parnia, an associate professor at the Department of Medicine at NYU Langone Health said for decades, people have reported experiencing heightened consciousness when their hearts had stopped.

This, he said, had been the case, even when doctors said they had not been conscious and were ‘in death’.

Dr Parnia said that there were five key themes that emerged from the patients studied. 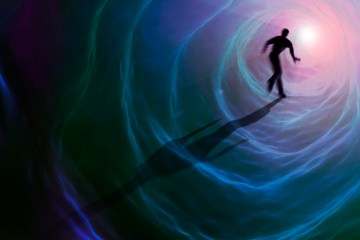 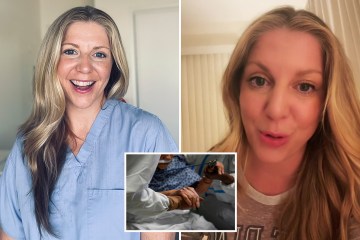 Of these themes, Dr Parnia told Medical News Today, that many patients reflected on how their actions had impacted others.

When it comes to heading to a destination, some patients said they felt as though they were going somewhere that resembled home.

Others recalled old memories, with some even remembering frightening moments from their lives.

Warning to anyone who takes paracetamol over 'bizarre side effect'

Dr Parnia said: “We characterise the testimonies that people had and were able to identify that there is a unique recalled experience of death that is different to other experiences that people may have in the hospital or elsewhere.

The expert presented the findings of his study at the American Heart Association’s Scientific Sessions earlier this year.

The study analysed data from 567 men and women who had CPR after their hearts stopped beating.

As medics tried to resuscitate them, brain monitoring devices were also attached to them to see if there were any signs of unconscious learning.

The devices also projected one of 10 stored images onto a screen and would also play audio with words such as ‘apple, pear and banana’ every five minutes.

Sadly, just 10 per cent of these patients lived, with 28 then being selected for interview.

While some patients recalled having specific memories, Dr Parnia said these were likely to be ‘misinterpretations’ of medical events.

For example, one patient claimed they felt as though they were ‘burning in hell’,

But Dr Parnia said this was likely to have been a reaction from a potassium intravenous drip.

When provided with the images that had been displayed on the screen, no patients were able to recall them and just one recalled the fruits named when they had been receiving CPR.

Experts said that there were brain waves of activity that emerged in some cases, up to 60 minutes into CPR.

The paper comes after end of life doctor Dr Kathryn Mannix based in Northumberland, said dying ‘is not as bad as you expect’.

In March 2018 doctors at a Canadian intensive care unit discovered that one person had persistent brain activity for up to 10 minutes after they turned off their life support machine, but three others did not.

For more than 10 minutes after the medics declared the person clinically dead, brain waves, like those we experience in our sleep, continued to occur.

A ‘downtown’ choreographer brings her craft to the opera