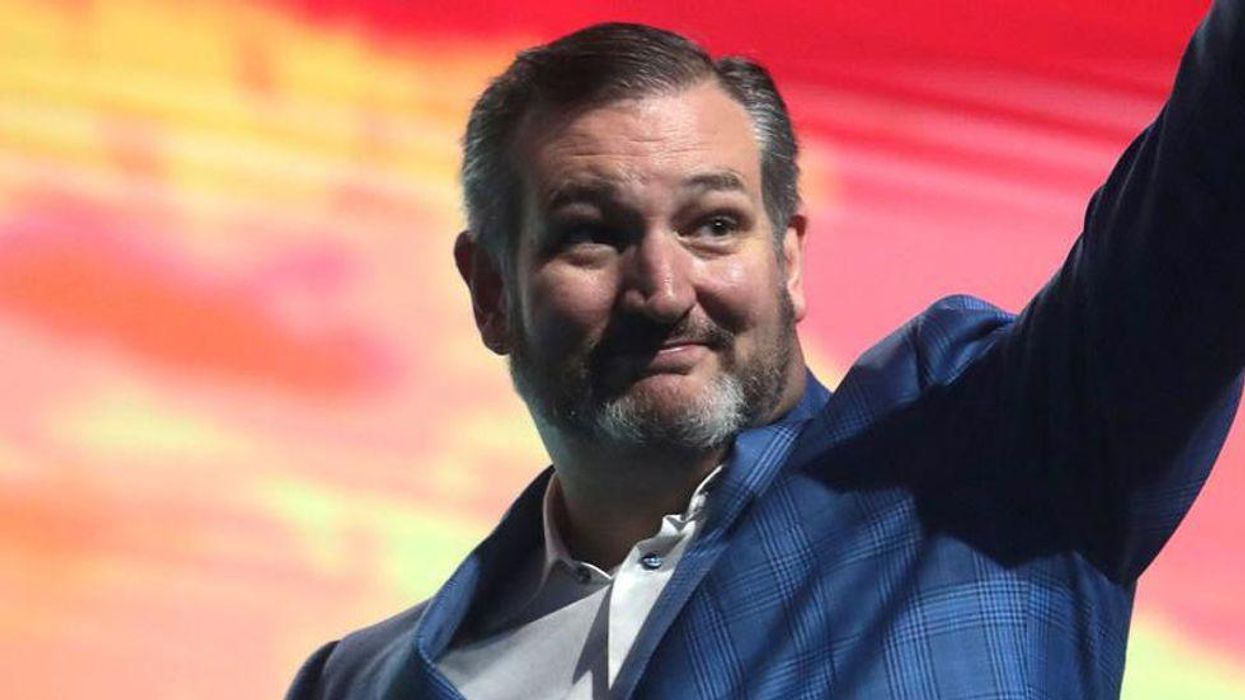 Sen. Ted Cruz (R-TX) is not doing well after Republicans failed to take control of the U.S. Senate during the 2022 midterm elections. During his podcast this week, Cruz railed against Sen. Mitch McConnell (R-KY), blaming him for the loss because the Senate leader pulled funding from states where he thought candidates couldn't win, like Blake Masters in Arizona.

Sipping his sweet tea, Joe Scarborough mocked the Texas senator asking, "What do you think that was about? I feel like -- I don't know, aimed at someone. "

"Willie, do you think Ted's -- what do you think he was upset about?" Scarborough asked. After a back-and-forth over his sweet tea, the co-host asked, "I'm curious, though. He is very upset. Do you think it's Donald Trump he's upset at? The Republican Party that voted for people that can't win general elections in swing states? They keep making this mistake."

Scarborough went on to explain that he agreed with Cruz's point that Biden will be able to flood the federal bench with judges, just as Donald Trump did.

"I want to underline one thing that the senator said that's so important," Scarborough continued. "That the Federalist Society was having this celebration last week, saying, 'look what we did.' So they go up there and they're celebrating. And I'm sitting there. Wait a second. Your radicalism, your decision, Amy Coney Barrett and Brett Kavanaugh, not to go along with the Chief Justice and the Mississippi 15-week ban, that is now put Joe Biden in a position — and Ted Cruz is exactly right here. Joe Biden is going to appoint a historic number of federal judges in this first term. He is already on pace to do that and now no speed bumps whatever, he gets to appoint whoever he wants to appoint and this shows again -- checks and balances. That's what this is. You get too radical for the middle of America, then the other side is rewarded. It seems to me here that Ted Cruz is right but Republicans and the Federalist Society and a lot of senators have only themselves to blame."

Willie Geist called it "podcast Ted" that was "getting worked up."

"And he left out Donald Trump in that hot take because he is subservient to him," Geist continued. 'He is that guy behind Donald Trump the entire time and left them out of the conversation and the Trump wing and didn't acknowledge that the election denialism in which Cruz participated, ran out a lot of good candidates from the Republican side and left them with Kari Lake and Masters and up and down the ballot that lost.

"Ted Cruz has been sitting next to Herschel Walker and helping him do interviews. Senator Cruz went on to blamed Mitch McConnell for Blake Masters' senate loss in Arizona," said Brzezinski.

"How much money did Mitch spend and what did Donald Trump do?" Scarborough asked. He cited reports that Trump would only pretend to fundraise or help candidates when the reality is that he would take 90 percent of the funds and give 10 percent to the candidates. It meant that Trump was sucking up all of the GOP cash for himself and not spending it to help candidates he recruited to run.

He closed by comparing Trump to Jim and Tammy Faye Baker for swindling people out of their money.

From an industrial-sized pizza oven to a statue of the Twitter bird, here are all the weird things you can buy from Elon Musk's Twitter fire sale