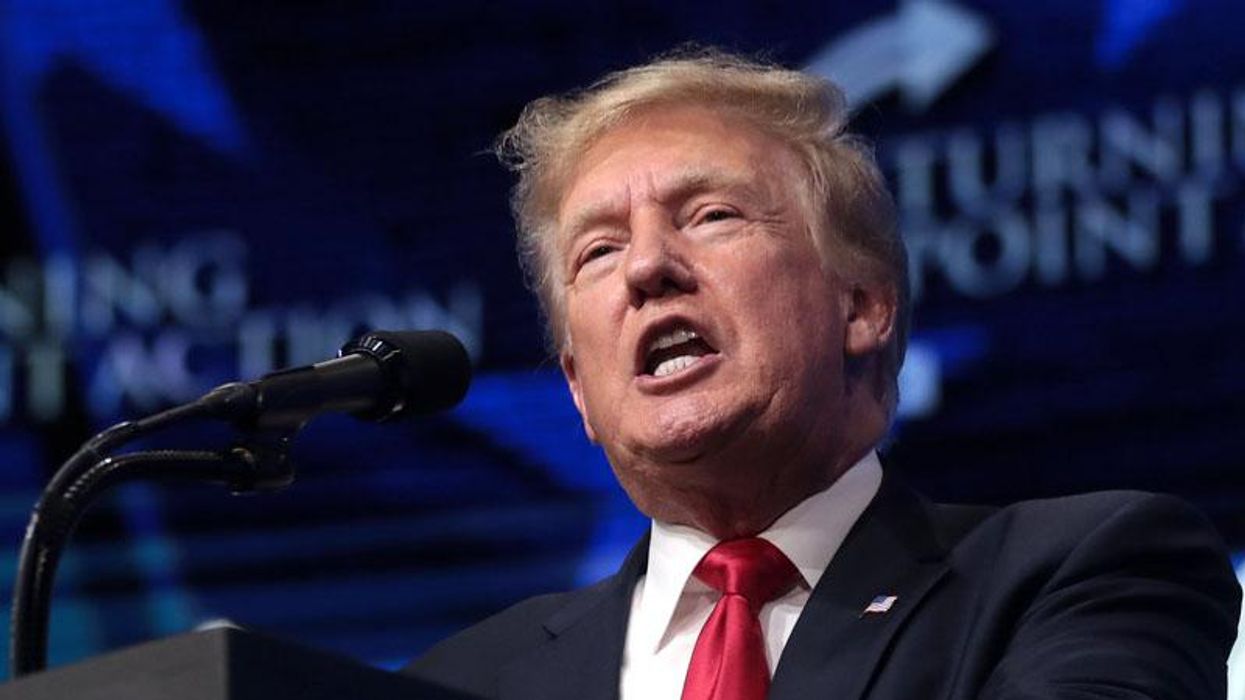 On Tuesday, writing for The Bulwark, former U.S. Attorney and Lawyers Defending American Democracy counsel Dennis Aftergut highlighted what he believes to be the core reason that former President Donald Trump is so eager to announce his 2024 presidential campaign as soon as possible.

"It’s not at all difficult to believe that Trump may be driven by ego, pride, and the competitive instinct; he hates to lose and seems most energized when attacking his potential rivals," wrote Aftergut, noting Trump's increasingly angry attacks on potential rival Gov. Ron DeSantis (R-FL). "And then there is greed. Trump is constantly looking for ways to mix politics and profit, and it’s likely that a 'potential future president' can cut better deals than a mere 'disgraced former president.' Yesterday, on the eve of his pre-announced announcement, news broke that his company signed a lucrative contract with a major Saudi developer to brand a golf-housing-hotel development in Muscat, Oman, with the Trump name."

However, all of this is secondary to something else, wrote Aftergut: Trump is "scared witless at the possibility of prosecution" — and thinks being a presidential candidate will shield him from charges.

"It seems likely that indictments are on their way from Fulton County, Georgia, District Attorney Fani Willis (over Trump’s interference in the 2020 election in Georgia) and from Attorney General Merrick Garland (over Trump’s purloined national security secrets taken to Mar-a-Lago)," wrote Aftergut. "By formally becoming a presidential candidate, Trump thinks he’ll get an edge on prosecutors. He craves his narrative: 'Dems are trying to take down an announced Republican candidate for President. UNPRECEDENTED!'"

IN OTHER NEWS: Texas teacher fired after video shows him telling students he thinks his race is 'superior'

Unfortunately for Trump, noted Aftergut, this strategy could blow up in his face: "First, the country just sent an unmistakable message that his brand is burnt, at least for now. In a midterm election where the out-of-power party always suffers massive losses, Trump’s marquee 'election-denier' candidates were losers ... Second, Republicans are angry at Trump, blaming him for their poor showing in the midterms. Allowing time for the heat to drop would serve him well." And then there is the fact that the Republican National Committee has made clear it will stop funding Trump's legal defense if he is a presidential candidate, depriving him of enormous amounts of money he is getting right now.

"Trump giving up a dollar sooner than he has to is sure confirmation of fear," concluded Aftergut. "He hears the heavy footfall of the constable closing in behind him. He can’t stay still. He has to run."

Israel and Sudan on the path to normalization