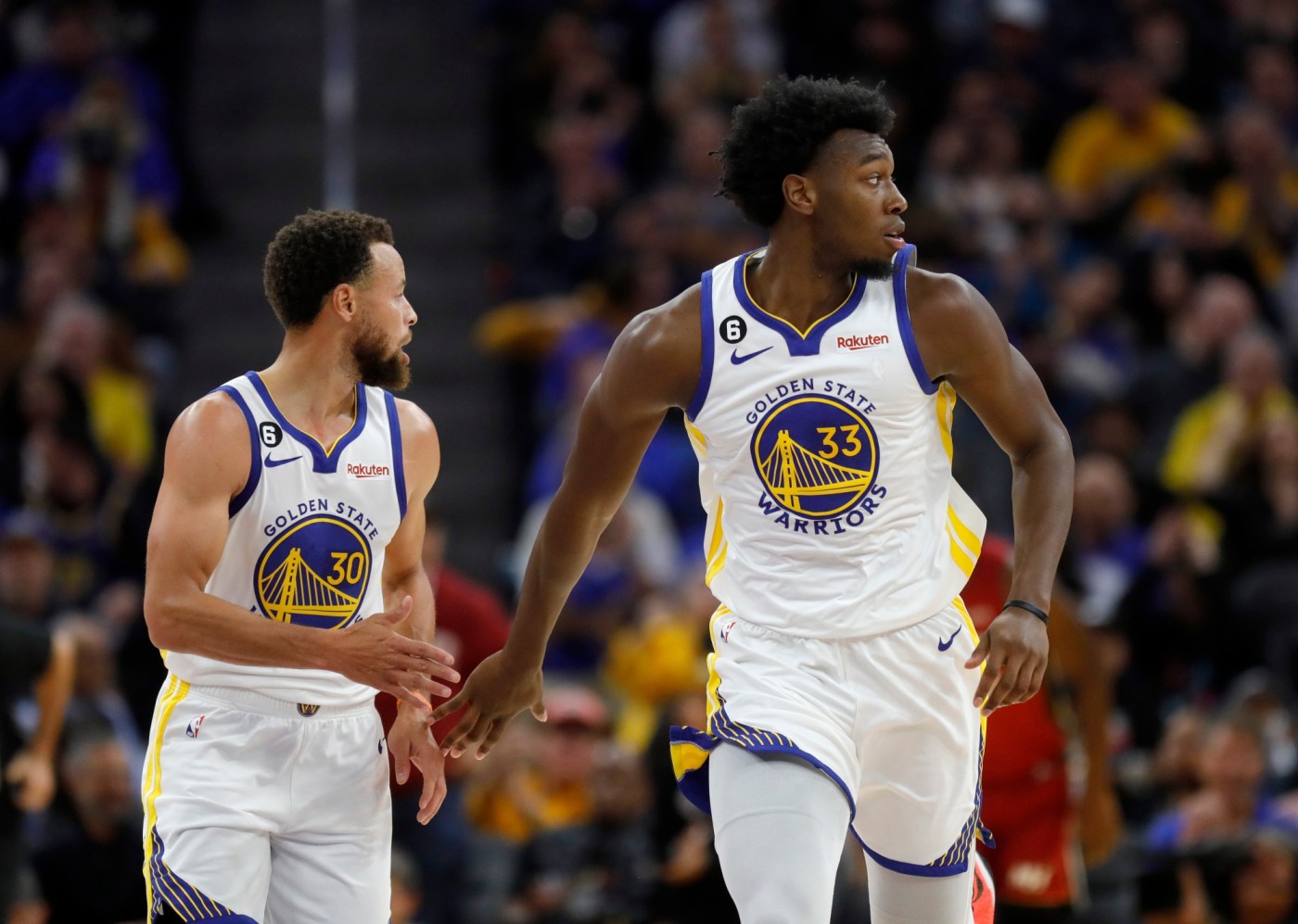 SAN FRANCISCO — It didn’t matter what James Wiseman did when coach Steve Kerr turned to the struggling 7-foot center in the fourth quarter of Golden State’s blowout win against the San Antonio Spurs.

The Warriors had already determined his fate.

Wiseman will be heading to Santa Cruz Tuesday, Kerr announced after the Warriors’ 132-95 win. The former No. 2 overall pick will spend an “extended period” with the Warriors’ G League affiliate, which Kerr said could last longer than a week.

“It’s not going to be one game and bring him back,” Kerr said. “We want to give him maybe 10 straight days — something like that — and come back. And we all know things happen in this league and he’s gonna find his way back to the rotation at some point. But the best thing for him is to play a lot of minutes and get a lot of reps.”

Wiseman, 21, went from being one of the first players off the bench at the start of the season to being out of the rotation as he struggled to get acclimated with the speed of the game. In 11 games this season, Wiseman averaged 7.3 points and four rebounds. Kerr benched Wiseman for three straight games before having him check in to the fourth quarter Monday when the Warriors were up by 41 points.

The Spurs jumped on a 12-0 run after Wiseman checked in. He finished with two points on 1-of-3 shooting in Monday’s rout.

After the game, Wiseman said he was informed of the Warriors’ decision to send him to Santa Cruz Sunday night. He said he doesn’t believe this is a step back in his development.

“It’s basketball, just go down there and have fun,” Wiseman said. “I don’t look at it like a demotion.”

The Warriors still view Wiseman as a foundational piece for their dual timeline plan that’s being put to the test this season. But as the defending champions stumbled out of the gates to a 5-8 start, it became clear that he wasn’t getting the reps and playing time he needs to develop and find his rhythm.

“It’s really hard for anybody to be in and out of the lineup, but for a young guy who’s been through a lot already it’s a lot to go through,” Kerr said. “Part of his is that he barely played any basketball before he got to the NBA and then he had a major injury. What I love about James is that he’s got incredible character and work ethic and care for the team.”

Wiseman played in only three games at Memphis before he got entangled in a college recruiting scandal. After going second overall with what was the Warriors’ highest draft pick since 1995, Wiseman saw action in 39 NBA games in 2020-21 before his rookie season was cut short with a knee injury. He played in three G League games last season as he worked his way back from a torn meniscus, but the Warriors ultimately shut him down for good in April as swelling persisted in his surgically repaired knee.

“Wise is all in on the team and because of his talent, because of all those characteristics I just talked about, I’m a huge believer long-term, he’s going to be a really good player,” Kerr said. “But he needs reps, he needs to play and it’s not easy when you don’t get minutes, it’s hard for anybody.”

Jordan Poole can relate to what Wiseman might be experiencing. He was sent to the G League bubble in 2020 in a move that’s been largely viewed as a turning point in the young guard’s career. Poole offered words of encouragement for his teammate after dropping 37 points against the Spurs Monday.

“James is going to be A-OK,” Poole said. “Me, personally, I have the utmost confidence in him. He’s talented, he’s curious, he’s hungry, he’s gifted, he’s humble, he has all the pieces you needs to be successful.”

Poole reminded Wiseman that being sent to the G League is not a punishment but an opportunity.

“The outside noise is what will make it tough. Everybody’s opinion, everybody has something to say. Honestly nobody cares what they think,” Poole continued. “James is going to have to be laser focused, and I think he will be.

“I’m going to tell him to shoot 50 shots, be aggressive… do it all so he can understand where he wants to be at the highest level, this is just a step in that direction. Everybody in the locker room is encouraging him, has his back whenever he has questions, he’ll be good.”