In the aftermath of “Parasite” becoming the first non-English language movie to win the Best Picture Oscar, there has been much discussion about the growing appreciation for international cinema during awards season. The decision to title the “Best Foreign Language Film” as “Best International Feature Film” was just the beginning, as the Academy has been coming to terms with its international identity.

The most recent development on that front was the hiring of veteran Sundance programmer Dilcia Barrera as the Academy’s senior vice president of member relations, global outreach, and administration. The job marks the first time the Academy has created a role for the specific purpose of administering the Best International Feature Film category while rumors of big changes abound. “It’s going to be a continuous look into how to do improve this process,” Barrera said in an interview with IndieWire last week. “Everything is being assessed. Everything is going to be part of the conversation.”

Barrera has been tasked with helping countries navigate the complex and sometimes confusing requirements for international submissions, which involve an array of deadlines as well as rules about languages and nationalities that can sometimes render a movie ineligible after it has been submitted. As an extension of that process, Barrera will help international films submit for other categories, including Best Picture, and explore whether the entire system should be overhauled.

Many already feel that it should: For all the prominence of the category in recent years, complaints have circulated about the repercussions of the way the Academy outsources the process to each country. This year, for example, India snubbed the surprise hit “RRR,” despite its popularity in the Academy, while Pakistani entry “Joyland” may now be banned by the very country that submitted it due perceived taboos related to its queer themes.

While no rule changes are expected this year, look for possible updates in the first quarter of 2023. “I think the committees and the board will assess what is the best way to keep global equity at the forefront,” Barrera said. “I can’t confirm or deny that’s part of future plans.”

Likewise, she was not about to opine about the way countries select their submissions. “We give each selection committee the same timelines and deadlines,” she said. “It’s really up to those committees to choose a film that actually will represent that country for that year. It’s a role that is basically outside of my personal opinion.”

That kind of ambiguous stance is standard Academy practice as staffers strive to avoid partisanship in the midst of a competitive season. Nevertheless, Barrera’s an unequivocal champion of growing international cinema in awards season. A first-generation Mexican-American with a degree in Spanish and Portuguese literature from UCLA, she was part of the Sundance contingency that helped raise the bar for its world cinema in recent years. (She’s also well-entrenched in the L.A. film scene; look out for her cameo in “Glass Onion: A Knives Out Mystery.”)

Barrera said that assessing films for Sundance and other festivals made her especially cognizant of the challenges involved in discovering films from marginalized regions. “Programming is a completely different process, but it’s similar in that we’re making sure we’re thinking about every region and the differences in terms of economy, financing, and geography, while keeping accessibility at the forefront,” she said. “My role is to put forward the wishes of the committee and the board of governors, but any personal wish has to do with keeping a global perspective in mind.”

Barrera was exploring ways of ensuring that countries with limited resources weren’t left out of the process for cost-prohibitive purposes. While the Academy Screening Room has leveled the playing field as Oscar voters can browse a range of international contenders at home alongside more prominent heavy-hitters, submitting to the streaming portal costs a whopping $20,000, which puts smaller films at a disadvantage. Barrera was exploring the potential of a discounted rate for countries that saw the price of the portal as cost-prohibitive. “We’re still working on ways that we can make it easier for people,” she said. “Without skipping any rules, we want to make it possible for anyone to be a part of the process. A simple thing like getting help filling out a form for the first time can make a big difference.”

While 92 countries submitted to the category this year in time for the November 3 deadline, the Academy is still assessing eligibility among submissions, with a deadline for all countries to meet those requirements by November 30. Then the International Feature Committee votes on the films that land on the shortlist, with those 15 titles set to be announced December 21. “The Academy does not dictate any voting procedures or influence the outcome of how or which films are being chosen,” Barrera said. “All of this is still part of the conversations in assessing any types of yearly rules or regulation changes.”

The shortlist usually includes a number of acclaimed highlights from the festival circuit, like 2022’s eventual winner “Drive My Car,” which premiered at Cannes. However, it can often include some surprises, especially when underrepresented countries make the cut. That was the case with “Lunana: A Yak in the Classroom,” a low-profile crowdpleaser that ultimately scored Bhutan its first Oscar nomination in the category last year. “That’s a perfect example of how our members care about international cinema,” Barrera said. “There are possibilities of breakthroughs for tiny films like that. That is why the category means so much to the membership.” 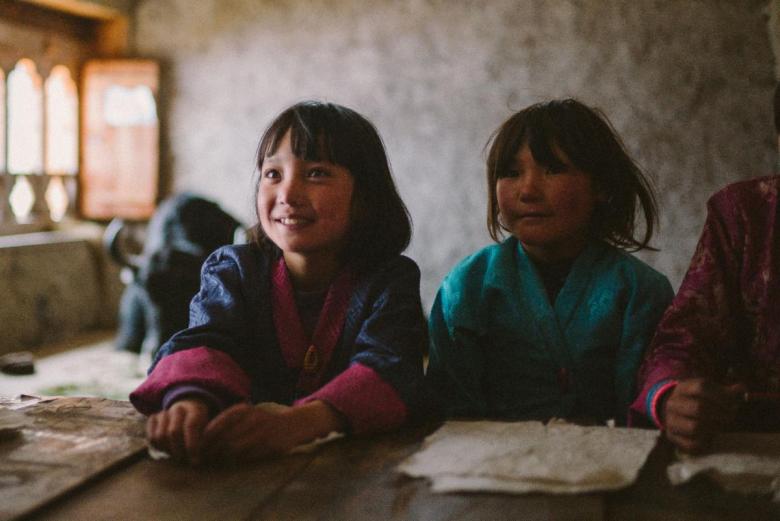 “Lunana: A Yak in the Classroom”

Roughly half of the members invited to the Academy over the summer live in countries outside the U.S. Now, 23 percent of overall Academy membership is international with 75 countries represented, and that number is expected to grow. Barrera was keen on outreach efforts to expand membership in Latin America, Asia, and Oceania, all of which are currently dwarfed by the European contingency.

“There’s so much interest and, with our guidance, more opportunities to bring those filmmakers and others into the Academy,” Barrera said. At the same time, she was careful not to dismiss the preferences of so-called “old guard” of the Academy — a fairly homogenized contingency of American members who do, after all, get to vote. “They are so enthusiastic about this category because they’ve been engaged with it for so long,” Barrera said. “It’s a category that has put forward everyone from Fellini to Almodovar. Being a part of that process and understanding that this could be the category that discovers the next global filmmaking auteur is really exciting to all of them.”

Barrera made her first international trips for the job to attend a new member event in London, followed by a trip to Copenhagen for an Academy-hosted celebration of Scandinavian cinema, but was determining future trips to other regions in the coming months. “We need to be present at all major international film festivals, but also foster more detailed or targeted intentional partnerships with regional organizations,” Barrera said. “We want to make sure people all over the world have access to us so there isn’t this idea that we can’t answer their questions.”

Getting international submissions in front of Academy members can help get those films into other categories as well. While “Parasite” and Alfonso Cuarón’s Best Director win for “Roma” are the most prominent recent examples, last year’s Best Picture, Director, and Adapted Screenplay nominations for “Drive My Car” as well as an Original Screenplay nomination for “The Worst Person in the World” pointed to an expansion of the trend. “These films have shown that it’s extremely possible for international films to shine in general entry categories,” Barrera said. “Recognition in screenwriting, acting, writing, et cetera has just become a very real possibility for these filmmakers.”

There is one bias that Barrera will admit. “Obviously, we are international film lovers,” she said. “All the work we do as artist-advocates goes back to giving voices to artists and the work that they do.”

For more on the Best International Feature Film category, check out IndieWire’s predictions for the 2023 field.

Momentum Builds for IHRA Over First Few Weeks of 2023