Jonathan Majors has an uncanny comfort when it comes to playing men in uniform.

In his first film role, Scott Cooper’s “Hostiles,” the actor portrayed a 19th-century corporal stationed in New Mexico. In the HBO supernatural horror TV series “Lovecraft Country,” he was a World War II veteran returning home to the monsters of white supremacy. He even portrayed the son of a PTSD-afflicted, Trump-voting veteran in Spike Lee’s “Da 5 Bloods.”

The military is not only in Majors’ name, it’s in his DNA: His father was in the Air Force. His grandfather served in the Navy.

“I did not serve, but it’s just how I was brought up,” Majors said during a recent interview with IndieWire. “Every man in my lineage, for the most part, who had any real influence in rearing me, with the exception of my uncle, were in the military. If you were an Anderson or a Majors, this is how you moved.”

Majors met with IndieWire at the Virginia Film Festival, where the actor received the fest’s Breakthrough Star Award, which “acknowledges an exceptional early to mid-career actor for on-screen achievement.” The performer has a busy next few months ahead of him, including major roles in both “Creed III” and “Ant-Man and the Wasp: Quantumania,” but top of mind right now: “Devotion,” director JD Dillard’s biopic of Korean War pilot and recipient of the Distinguished Flying Cross, Jesse L. Brown.

The role of Brown sees Majors once again donning a uniform as the legendary aviator who formed a close bond with fellow pilot and Medal of Honor winner Tom Hudner (“Top Gun: Maverick” breakout Glen Powell), a white man, despite the prejudice of the era. It’s a soaring, well-calibrated film about segregation, friendships, indomitable spirits, and unimpeachable heroism that stands apart from other war films in its sharp craft and breathtaking aerial photography. 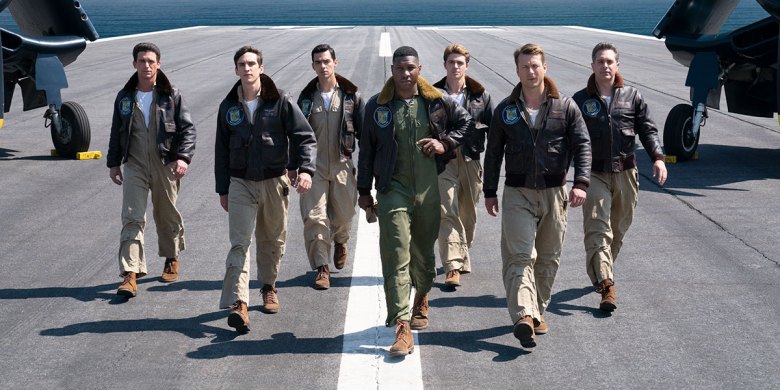 “There’s real catharsis and there are real lessons and real applications that can happen from it,” said Majors of the film. “We’re talking about the relationship between Jesse and Tom and what that did for race relations within America. … This is a piece for the bourgeoisie and the proletariat. Jesse Brown and Tom Hudner are men of the people. There are no movie stars here.”

For Majors, the realism of “Devotion” isn’t solely affixed to the past. It has a deep, fully felt resonance in our contemporary world, especially with regards to legislation, voting, and the Supreme Court. “We’re not even talking about the horseshit of them trying to throw out affirmative action,” said Majors. “Here’s a Black man that broke through without affirmative action. We put things in place to allow others like him to make their way through, and now you’re trying to take that away? That’s just silly, isn’t it?”

Similar to Brown, Majors is a complex, politically aware man. He spent his early life and teenage years in Texas, graduated with a Bachelors from University of North Carolina School of the Arts, and later earned an MFA from the Yale School of Drama. It was at Yale that he learned a significant lesson. “There was a moment where I realized that, honestly, the game is rigged,” said Majors. “As much as I want to go to Yale, nothing in Yale was gonna guarantee access to parts of the industry or to parts of myself.”

Yale is also where he found peace within himself through Shakespeare. In our conversation, he quoted verses from “Julius Caesar,” “Henry V,” and “Richard II.” During these moments, Majors can be measured, loud, and boisterous, his large frame – made sturdier by his physical preparation for “Creed III” and for playing Kang the Conqueror in at least three Marvel films (including next year’s “Quantumania,” followed by the next two planned “Avengers” films) – amplifies his excitement. 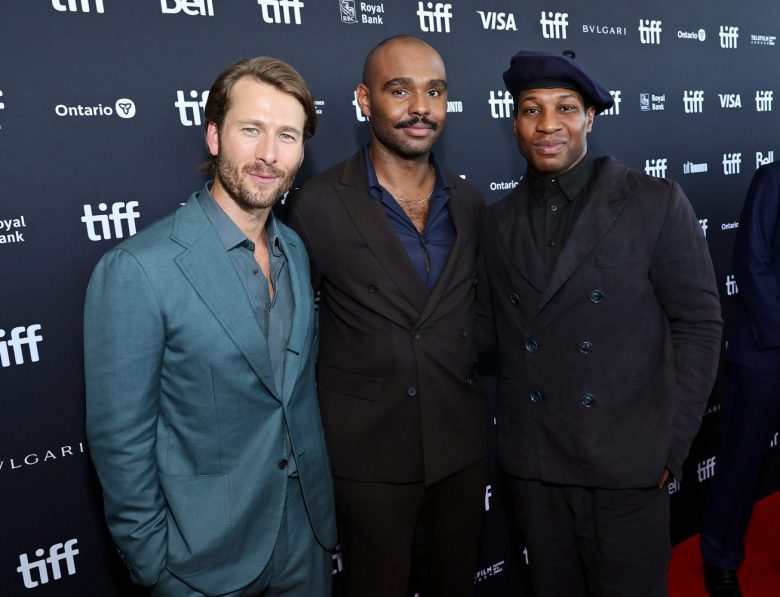 He often mixes his love of Shakespeare with Texas aphorisms like “I’m on the road. You’re on your lonesome,” which illuminates the wistful, old soul that makes him perfect to play Brown, a methodical man driven by his duty and sense of history.

Portraying Brown, however, wasn’t a total cakewalk for Majors. Brown was born into poverty in Hattiesburg, Mississippi in 1926, yet managed to graduate from Ohio State University. In 1948, he married his high school sweetheart Daisy Brown (played in the film by Christina Jackson) in secret due to a regulation that prohibited Naval cadets from marrying. “Devotion” takes place around this period, with Brown’s deployment at the Naval Air Station Pensacola and later participation in the Korean War as focal points. During this period, Brown met Hudner, his closest friend.

The dashing Hudner and the reclusive Brown did not initially get along. Brown is resistant to befriending white folks. And who can blame him? By this point in his life and career, the naval aviator had experienced multiple incidents of racism at the hands of white people. Hudner just seemed like the next one in line.

One of the film’s most jarring scenes hinges on Majors tapping into those years of pain, thanks to a fourth-wall breaking close-up that sees the actor looking into the camera (ostensibly a bathroom mirror), into which he shouts slurs and obscenities at himself as motivation. The insults he hurls at himself as Cross are real slights thrown at the aviator by racist whites that he wrote down in a notebook. You can’t help but wince at these slings and arrows.

For Majors, there was no thought of unwinding from these emotionally taxing scenes, sequences that demanded he feel the weight of those words. “There is no decompression. It is a catharsis, and there’s healing after it,” explained the star. Tellingly, Dillard doesn’t show Brown crying in front of the other aviators. After Brown is done maligning himself, he simply stands up, straightens his back, washes his face, and exits the bathroom.

Brown bears a silent cross. He must reveal his fears and doubts, and his anger in privacy, away from an unforgiving world that deems such displays of vulnerability from Black men as a weakness. It’s why Brown needed so much time to open up to Hudner during their slow-burn friendship.

While Majors wanted to portray the hurt felt by Brown, he didn’t want to diminish the pilot’s confidence either. “Jesse knows he’s a motherfucker,” said Majors.

The actor built Brown, literally, from the ground up. He went to the film’s costume designer, Deirdra Elizabeth Govan, to procure shoes from the era for their specific bounce. From there he integrated the costumes in his performance, altering his posture and carriage depending on if he was wearing dress whites, a pilot jumpsuit, or casual clothing so he could carve the different facets of Brown that he only revealed to certain people like his wife, and eventually, Hudner. Most of all, he walks with the knowing swagger of a man aware of his accomplishments.

That earned importance translates to the film’s thrilling aerial scenes too, where Dillard situates viewers in the cockpits of vintage planes like the F4U Corsair and F6F Hellcat with these aces. We see Brown cathartically command the skies with the kind of ease he can’t always find on the ground.

The sequences, especially the visceral dogfights Brown evades and wins, are still relatively rare to see in Hollywood. Anthony Hemingway’s “Red Tails” and Robert Markowitz’s “The Tuskegee Airman” are the previous, scarce exceptions. “He’s fighting for access for himself, for others, and ultimately for the sky,” said Majors of Brown.

“Devotion” is in a similar fight to make these stories more common, and, in the process, to give a different world view that may lead to social change in a politically fraught era. “This film is my vote. This is my way of showing my patriotism. This is my way of trying to make a better world for my daughter, and my brothers and sisters in the world,” said Majors.

He wants Dillard’s film to be a statement of defiance, of subversion, of determination that stands apart from the mechanisms of government. “I think the arts, chiefly cinema, is a kind of democracy,” he said. “Because they can do whatever they want to do, in whatever building they want to do it in, but when we put it in a movie theater, they’re gonna have problems.”

Sony Pictures will release “Devotion” in theaters on Wednesday, November 23.

The Day Before is definitely not a scam, devs insist