SERBIA are no doubt one of the dark horses for the 2022 World Cup, with the Europeans having some tricks up their sleeves.

Everyone is aware of the quality that Fulham’s Aleksandar Mitrovic possesses, having netted 9 Premier League goals going into the World Cup.

But could the real secret weapon for Serbia be in the form of their patriotic assistant coach?

We have all the information on Katsuhito Kinoshi, his background and why he sings the national anthem for a country that he isn’t born in. 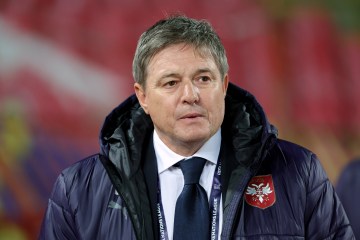 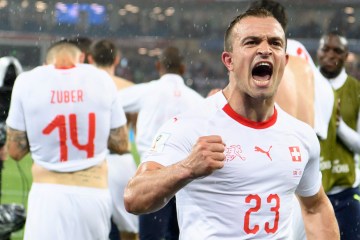 Why is Serbia vs Switzerland a rivalry?

Kinoshi is the current assistant manager for Serbia and acts as the second in command to Dragon Stojkovic.

His coaching career began in his native country back in 2003 after being appointed as fitness coach at Omiya Ardija before climbing the ladder in Japan.

Under a year after being appointed at Omiya Ardija, Kinoshi joined Yokohama FC where he took the role as assistant manager and fitness coach until 2008.

Serbia are looking to shock the world in Qatar[/caption]

However, it wasn’t until his next club where he met Stojkovic and built a bond with the head coach.

Moving to Nagoya Grampus, Kinoshi initially joined as the fitness coach before being promoted to the role of assistant manager after six years.

He oversaw 278 games with Stojkovic before the Serbian departed and Kinoshi became assistant manager to Akira Nishoni.

However, this would not be the last time that Stojkovic and Nishoni worked together as the manager came in for his former fitness caoch when he took over at GZ R&F in China.

Kinoshi reunited with Stojkovic and the pair enjoyed a further 141 matches together before they departed and once again started working together, this time with the Serbia national team.

This move made the Japanese coach the first from his nation to ever be on the coaching staff of a European team.

Why does Katsuhito Kinoshi sing the Serbian national anthem?

Fans will notice that when the national anthems of each side are sung during the World Cup, Kinoshi is pictured on the sidelines singing the anthem.

Despite being from Japan, he can be seen loud and proud belting out the words to the Serbian national tune.

And this is all down to his pride at being the first coach from Japan to be on the backroom staff of a European side.

Showing patriotism for a country that is not his own, the coach feels at one with his players and the nation when representing them and as a mark of respect and a show of his dedication, he participates alongside the manager, players and fans in singing the anthem.

Drunk mum-of-three, 25, set her home on FIRE & tricked strangers into going inside just hours after she was kicked out

Today24.pro
RoboCV: stacker robot I make $1,000 a month by promoting Amazon products on social media. It only takes 5 hours per week — here's how I set up my side hustle. ‘How many Uber drivers does it take to pick up a disabled person?’: Disabled person says 3 Uber drivers canceled on them because of their service dog One of The Greatest Britons in History - Joe Calzaghe