FOOTBALL fans are being offered free booze during the World Cup – here’s how to get yours delivered.

Lucky punters could win free pints with the VoucherCodes On Tap ale-mergency beer delivery unit when England take on Iran at 1pm on Monday, November 21.

Free pints are being delivered to some lucky England fans[/caption]

With many at work on the day, the company will hand out free Wolfpack pints to those in London who strike it lucky.

It comes as the total number of pints sold is expected to reach 65.3 million over the course of this year’s tournament – down 26.7 million compared to 2018.

Ex-England legend, Ray Parlour, who has teamed up with VoucherCodes for its On Tap service, said: “Fans love to get behind the Three Lions and enjoy a drink or two while watching the game.

“But rising costs are taking their toll, and this tournament is going to feel different to the rest, not least with our first game kicking off on a Monday lunchtime whilst many people are at work. 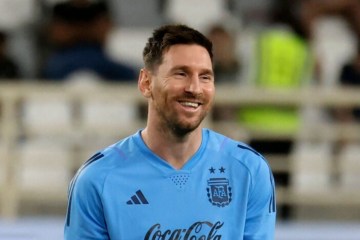 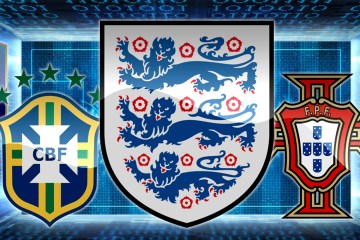 England team priced at £1.2BN as most valuable at World Cup ahead of Brazil

“So I think it’s a great idea that fans can now request for the VoucherCodes On Tap service to stop by their office with free pints – let’s beer it for the Three Lions!”

So how can you get your hands on the free booze?

Those interested should email their details and name of their place of work to this address. Entries close Thursday November 17.

It is open to London workplaces only and anyone redeeming an alcoholic drink must provide proof they are 18+.

Anita Naik, Lifestyle Editor at VoucherCodes.co.uk, added: “After a difficult year for consumers, it’s clear from our report that the ongoing cost-of-living crisis is going to have a huge impact on how football fans celebrate the 2022 World Cup.

“The average cost of a pint in the UK has risen 4% (15p) in the last year alone, so it makes sense that consumers are cutting back on the number of pints they’ll be buying throughout the tournament.

“That’s why we came up with the idea to take our very special pub on the road.

“VoucherCodes On Tap will visit a selection of London-based workplaces during England’s first group stage game on November 21 to deliver free drinks, so fans can still enjoy a pint during the match without worrying about the cost.”

The England team and manager Gareth Southgate were all smiles as they headed to Qatar for the World Cup.

Large crowds gathered to say goodbye to the Three Lions as they took off from Birmingham airport.

Southgate and the England squad were also given a royal send-off by Prince William.

The Prince of Wales presented each member of the team with their squad numbers at St George’s Park before sharing a message of support and telling the squad to enjoy the tournament.

Today24.pro
Man repeatedly punched Columbia protester, knocking her out: NYPD ‘People need to stop getting mad at non tippers and start getting mad at the apps’: Lyft driver paid $50 for ride that cost $242 Best Android app 2022 – Google reveals top pick for the year and it’s totally free The Darkest Secret and Tragedy of Edwin Valero