AN INTERVIEW on BBC Five Live has revealed that Eminem was ready to star in a GTA movie until Rockstar turned him down.

The British rapper revealed that the games left a “last impression on him” as he felt he could relate to the world and its characters.

Bugzy said: “When I was growing up, Grand Theft Auto allowed me to immerse myself into a high-energy world and allowed me a freedom I didn’t always have on a day to day basis.”

Speaking with former game developer Kirk Ewing, it was revealed that at some point the idea of a GTA film was pitched to Rockstar.

Co-founder of Rockstar Games, Sam Houser, was apparently interested in the idea at first, before anything had been set in stone. 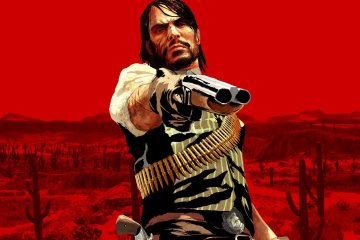 NOT GTA WITH HORSES 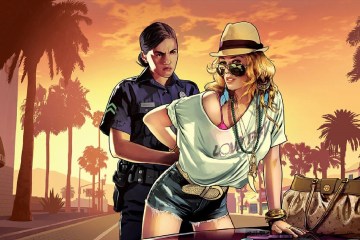 If convicted, how long could the GTA 6 hacker spend in jail?

Ewing said on the show: “Because of the relationship that I had with Rockstar and I had with Sam , I actually tracked him down to his hotel room one night where I knew he was going to be staying.

“The two of us stayed up late and talked about the possibility of making a film, and this was just after [GTA] 3.

“And I think at that point, you know, it was still in Sam’s mind that it might be something that he wanted to do.”

Later on, someone offered Ewing a GTA-inspired movie starring Eminem and directed by Tony Scott, best known for Top Gun.

Ewing continues: “Actually, should I tell this story?

“I remember taking a call about 4am from a producer in Los Angeles with an offer to make a film.

“He said: ‘Kirk, we’ve got Eminem to star, and it’s a Tony Scott film, five million on the nose, are you interested?’

“I phoned up Sam and said ‘Look, listen to this, they want Eminem in the Grand Theft Auto movie and Tony Scott to direct, and he said: ‘Not interested’.”

Apparently, Houser had changed his mind on the idea of a potential movie after the success of the GTA series.

GTA is one of the best-selling and most popular gaming series in the world.

Ewing explained: “At that point, they withdrew from any conversation about making a film.

“When they realised that the media franchise that they had, what they had, was bigger than any movie that was going on at the time.”

HOA Homefront: ‘We can afford it’ isn’t a valid excuse

Kelp: Should you add seaweed to your diet?