A WOMAN who accused a neighbour of letting an invasive plant burst through the fence and devaluing her home is now facing a bill of £100,000.

Charron Ishmael, 50, claimed in court retired NHS consultant Dr Sheila Clark, 72, knew she had Japanese Knotweed in her garden for years and did not take the proper steps to get rid of it, but has now lost her case.

Ishmael claimed in a legal battle the infestation caused her £1.1million house to be devalued in price but is now facing a huge bill.

The rampant canes – notoriously destructive and difficult to eradicate – ended up bursting through her fence and growing beneath the ground to infest her own garden, said Mrs Ishmael.

She sued her neighbour at Central London County Court, claiming the invasion had knocked £150,000 off the value of her house, but this week saw her case thrown out after Dr Clark insisted she had not noticed the knotweed prior to 2017 as she was “not interested in gardening“.

Mrs Ishmael was told by the judge, Recorder Grahame Aldous KC, to pay the lawyers’ bills for the entire case, which are estimated at more than £100,000. 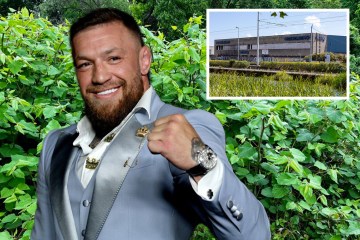 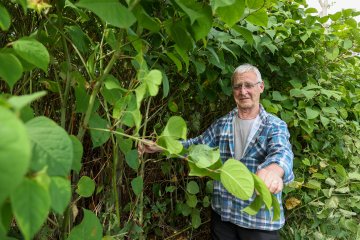 'The Day of the Triffids'

Our homes are under threat from a Japanese knotweed invasion

She claimed the first she knew of knotweed in the area was when another neighbour pointed to canes growing higher than the level of the fence in Dr Clark’s end-of-terrace garden.

“My neighbour told me the Japanese knotweed could spread and I was worried about that,” she said.

The knotweed was “out of control” and “rapidly growing,” she told the judge, adding that it was “overhanging” the boundary fence and eventually “came through my fencing.”

Dr Clark – who admitted knowing about the knotweed infestation from the summer of 2017 – arranged for specialist contractors to treat the area, and the weeds were dug up in the summer of the following year.

But Mrs Ishmael claimed 11 months was too long a delay, during which the knotweed roots – or rhizomes – would have continued growing underneath the fence and into her garden.

Evidence also suggested that the knotweed had been in Dr Clark’s garden for “some years” previous and that it had been treated by someone who did not know what they were doing.

“It is my belief she has known about the Japanese knotweed in her garden for many years and hasn’t dealt with it,” Mrs Ishmael told the judge during the trial.

Ultimately, Mrs Ishmael had to pay thousands to have the resulting infestation in her garden treated and has since sold up for £150,000 less than the £1.1m her house was previously valued at.

But Dr Clark insisted she did not know about the infestation until it was pointed out to her in 2017 and that she had taken steps immediately to engage experts to try get rid of it.

Her previous gardener, since deceased, had told her he knew nothing about Japanese knotweed and was shocked when he was told that it was growing in her garden, she continued.

‘NO INTEREST’ IN GARDENING

She also had a very busy job and “no interest” in gardening at all, only finding the time twice a year to pull weeds and spray off-the-shelf weedkiller between paving slabs, she said.

When told that non-expert use of a standard weedkiller may have resulted in any knotweed already there becoming even harder to treat, she reiterated that she is not a gardening expert.

“Unknowingly, I have treated it with something, but I had no idea I was treating Japanese knotweed,” she added.

“I was a doctor of medicine, I have a very busy profession and no time to do gardening except twice a year.

“I’m just not interested in gardening, even after such a devastating thing.

“I keep thinking I wish I had bought a flat and not a four-bedroom house.”

For Mrs Ishmael, barrister Tom Carter said it was highly unlikely that a “sensible, intelligent” person like Dr Clark would engage a gardener so unknowledgeable that he had not heard of Japanese knotweed.

But giving judgment, Recorder Aldous backed Dr Clark’s defence, saying he found her to be a “careful witness who was trying to assist me,” while Mrs Ishmael had been “obstructive” in the witness box.

He said Dr Clark owed a duty of care to her neighbour from the point she was told about the knotweed in 2017, but found she had not had “constructive knowledge” of the infestation before that.

Having learned of the presence of the weed in her garden, she had done what she needed to do to try to eradicate it, researching and then contacting professionals to do the work.

“It seems to me that, confronted with a problem of which she knew nothing, what she did was approach it with her professional attitude of trying to explore the problem, identify choices between treatments and then get those treatments actioned,” he said.

“It seemed to me that was a rational, logical and reasonable approach.”

He added that an expert who had provided an independent report for the trial had concluded that the knotweed had not just been in Dr Clark’s garden before 2017, but in Mrs Ishmael’s too.

Dismissing her claim, he ordered Mrs Ishmael to pay Dr Clark’s lawyers’ bills, estimated at £83,000, with £65,000 payable up front, plus her own costs of the case.