PADDY McGuinness has named and shamed a cruel Instagram troll who he accused of “spewing bile” on his profile.

The Max and Paddy star, 49, – who recently split from model wife Christine, 34, – let rip at the “pound shop Bear Grylls” who is said to have launched the “unprovoked attack.”

The Sun has decided not to feature identity of the Instagram user yet, in his furious caption, dad of three Paddy raged: “I got trolled off this Pound Shop Bear Grylls earlier.

“Totally unprovoked and uncalled for. Never met him, don’t follow him, no idea who he is?

“Yet this didn’t stop him spewing bile for no reason.

“I asked the hard case if he’d like to pop out from behind the keyboard and meet up face to face. Give him a chance to man up. 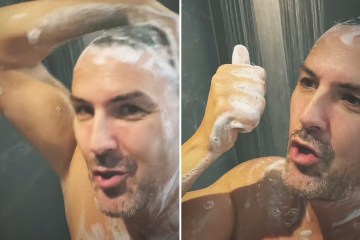 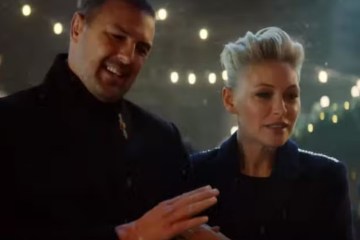 “Upon this request he unfollowed and blocked me.

“Don’t be a wrong ‘un like him kids, the world is in a bad enough shape as it is.”

Paddy, clearly irked, continued: “In my line of work this can happen.

“To be honest I never give it much attention but I know a few mountaineers and walkers and they are usually a great bunch.

“That’s what surprised me, the mistake I made was looking at his profile.

“He’s got one of those faces that you never tire of slapping and for a second there that’s all I wanted to do!

“You expect that on Twitter but not on the lovely tranquil waters of the ‘Gram.

The Top gear host has previously addressed being bombarded with abuse on Twitter after a feud with ex presenter Jeremy Clarkson.

Jeremy posed the rhetorical question: “What on earth has happened to A Question of Sport?” a reference to the fact that its reboot with Paddy as host hasn’t worked out that well.

Mentioning Top Gear instantly enraged the legion of fans who no longer watch the BBC show since Clarkson presented it with James May and Richard Hammond left.

And they even piled in on A Question of Sport which has actually seen its ratings plunge since the days when Sue Barker presented it and it only had sports stars as guests.

Off screen, Paddy has suffered a tough year after splitting with partner of 15 years, Christine.

The pair each posted identical statements on Instagram where they opened up about the “difficult decision.”

Christine confirmed they had separated days after The Sun revealed how Paddy had been accused of kissing a television star behind her back.

Mum introduces her newborn son in adorable video, but everyone’s saying the same thing about his name