LONG flights are not only physically exhausting but also incredibly boring – unless you have a book in your bag, you have to resort to other ways to entertain yourself.

This is where one TikTok user decided to have a look around at her fellow passengers – and was shocked by what she found.

Bored out of her kind, Karima started looking at holiday goers sitting next to her – a woman wearing a glitzy ring, her bloke and their kids, all making for a big happy family.

But then she had a quick glance and the lady’s phone – and upon inspecting the screen properly, she discovered something was off about their relationship.

As well as popular apps, such as TikTok, Snapchat, Instagram and Twitter – all essentials for modern-day life – there was also Tinder, one of the biggest sites for online dating.

Perhaps, some might speculate, the married woman had simply forgotten to delete the application and was no longer active on it? 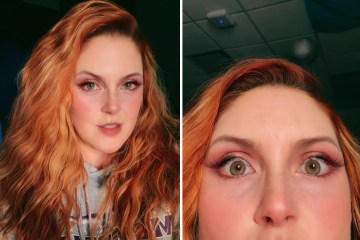 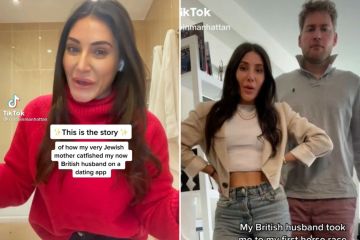 That could’ve been a good explanation – unless it wasn’t for the 22 notifications next to the fire logo.

”Maybe they have an open marriage? I am confusion,” the baffled Karima wondered in the caption of her video.

Fellow TikTok fans then weighed in with their theories, one of which was that the duo was looking to spice up their sex life.

“Y’all don’t realize how many couples are on there looking for a third,” penned one.

Another added: “Her husband about to give her the biggest gift of her life: Divorce.”

The story of an open relationship, eagle eyed viewers pointed out, also didn’t make sense – the notifications appeared to be in Arabic.

“It’s in Arabic, they don’t have no open nothing,” a person declared.

Uploading the now-viral clip, which has been viewed over 5.3million times, Karima didn’t disclose the route upon which she filmed the footage.

But although she made sure to conceal the mystery woman’s identity, Karima received backlash from social media users, who deemed it inappropriate to be filming the Tinder fan.

Today24.pro
Hans Niemann in the sole lead at the 3rd El Llobregat Open In the age of megachurches, communion has become a big business Anthony Joshua returns to America in search of new coach ahead of boxing return and links up with trainer Virgil Hunter The Darkest Secret and Tragedy of Edwin Valero