I’ve been a lover of books for as long as I can remember. Junie B. Jones was my icon in kindergarten, helping me develop both my vocabulary and my backsass. Even still, my book collection is expansive and my greatest ambition is to one day have an entire library with one of those sliding ladders (assuming I eventually have the funds to buy my own house). Regardless, I buy books almost as often as I buy clothes, but surprisingly have never used an e-reader of any kind. Paper copies have always had so much value to me, and I never thought a screen would be able to beat it. After reviewing Amazon’s latest Kindle, I can say that there are a lot of perks that come along with the device, such as reading in the dark (and one-handed) with no problem. For only $99, I now consider it a fantastic addition to my ever-growing library, not its replacement.

The new Kindle model is small, lightweight, and comes with double the storage of the previous version. It also has the longest battery life of any model, claiming to last up to six weeks. The image resolution is 300ppi, the same as the Kindle Paperwhite, but for a fraction of the cost. The 2022 release is the 11th generation of the basic Kindle model, and has some differences compared to the 10th generation released in 2019. 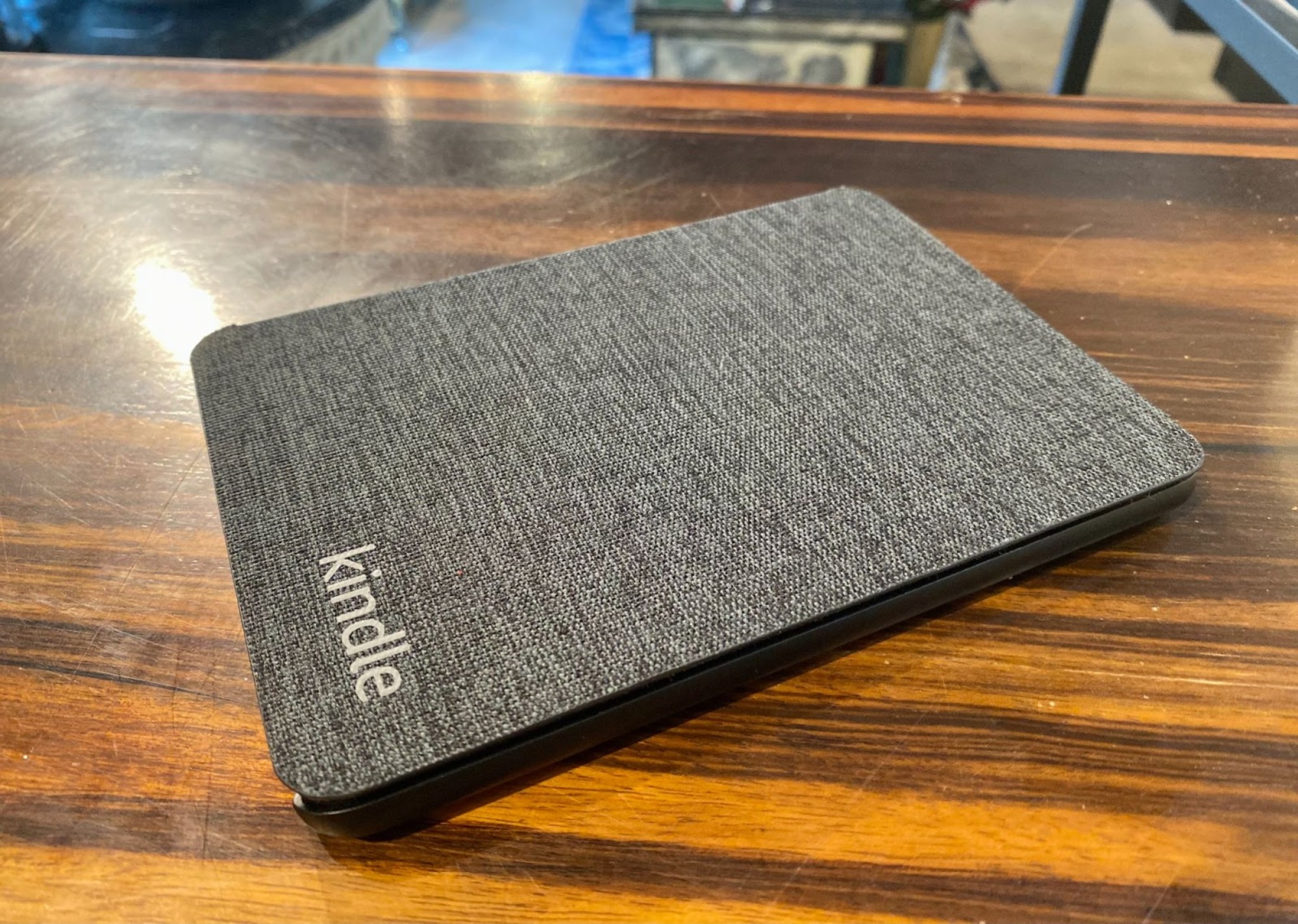 The new Kindle is a nice upgrade from the 2019 model. Credit: Mallory Minich / Mashable

The Kindle was relatively easy to set up. All I had to do was press the power button until the screen lit up, and then the device prompted me to select a language and region. It then gave the option to set up on the Kindle device or my phone via the Kindle app. At first, my phone wouldn’t connect to the Kindle, but after I plugged my phone into the charger, it worked fine. My phone then made sure it was on the same WiFi network as the Kindle and my Amazon account was transferred to the Kindle. There’s a “kid-friendly” setting, which seems like a good option for parents to have during setup. After that, my library immediately popped up on the device and the Kindle ran me through a quick user tutorial. I also reset the device and tried the “set up on Kindle” option, which actually took less time because all you had to do was login to Amazon versus going through extra steps using your phone.

SEE ALSO: Kindle Paperwhite Signature Edition review: The upgrade is worth the money

As soon as I finished setting up, I downloaded Jeannette McCurdy’s memoir I’m Glad My Mom Died. It’s been in the top 10 for weeks and consequently, on backorder as well. I knew that with the Kindle, I could read it without having to wait or search for it in a store. To download the book, all I had to do was click on the Kindle Store icon and search for it. Then, since my Amazon account is already linked to the device, I just clicked “buy” and downloaded it to my library and began reading. The download was super fast, and I started reading before the download was even finished. 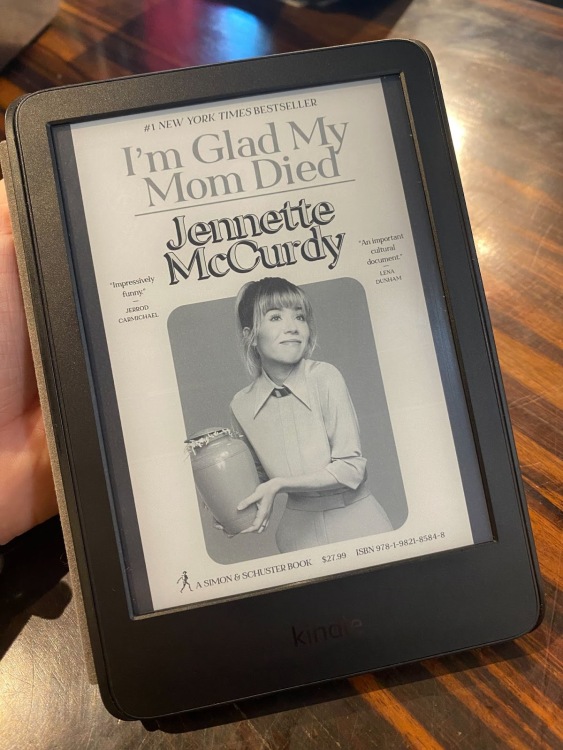 I must admit, I was glued to the couch reading for the next few hours. Even when I was ready for bed, I took the Kindle with me and kept reading. At night, the light in my room is a pink LED lamp, which provides very little light for reading books. Normally, my eyes strain too much to read in there for a long time, but the light of the Kindle made it easy. I adjusted the brightness and switched to night mode, feeling virtually no eye strain after hours (seriously, I could not put this book down). You can feel from using it in low light how much better it is for your eyes than your phone, which can cause major eye strain from blue light.

While reading a book on the Kindle, there will be a percentage at the bottom of the page that indicates how far along in the book you are. For some reason, I think this motivates me to keep reading. It goes up one percentage every few pages or so (depending on the book) and it just made me want to keep going. If I was at 72 percent, I would think OK, I’ll put it down at 75 percent. You know how some people need the TV volume to be an even number or an increment of five? Same vibe. Currently, I am on my third Kindle read. I also read Drew Barrymore’s memoir Wildflower and am almost finished with the best-selling fantasy novel A Court of Thorns and Roses by Sarah J. Mass.

What makes this Kindle the best Bezos has to offer?

Compared to the previous versions of Kindle, the 2022 release is the smallest and most lightweight model yet. At only 158 grams, it weighs less than my iPhone, so I am able to read one-handed for a pretty long period of time without any discomfort. Also, the screen measures six inches diagonally, making it the smallest screen available for a Kindle. I really like the size of the device — it’s super easy to carry around and fits in a lot of my smaller purses. 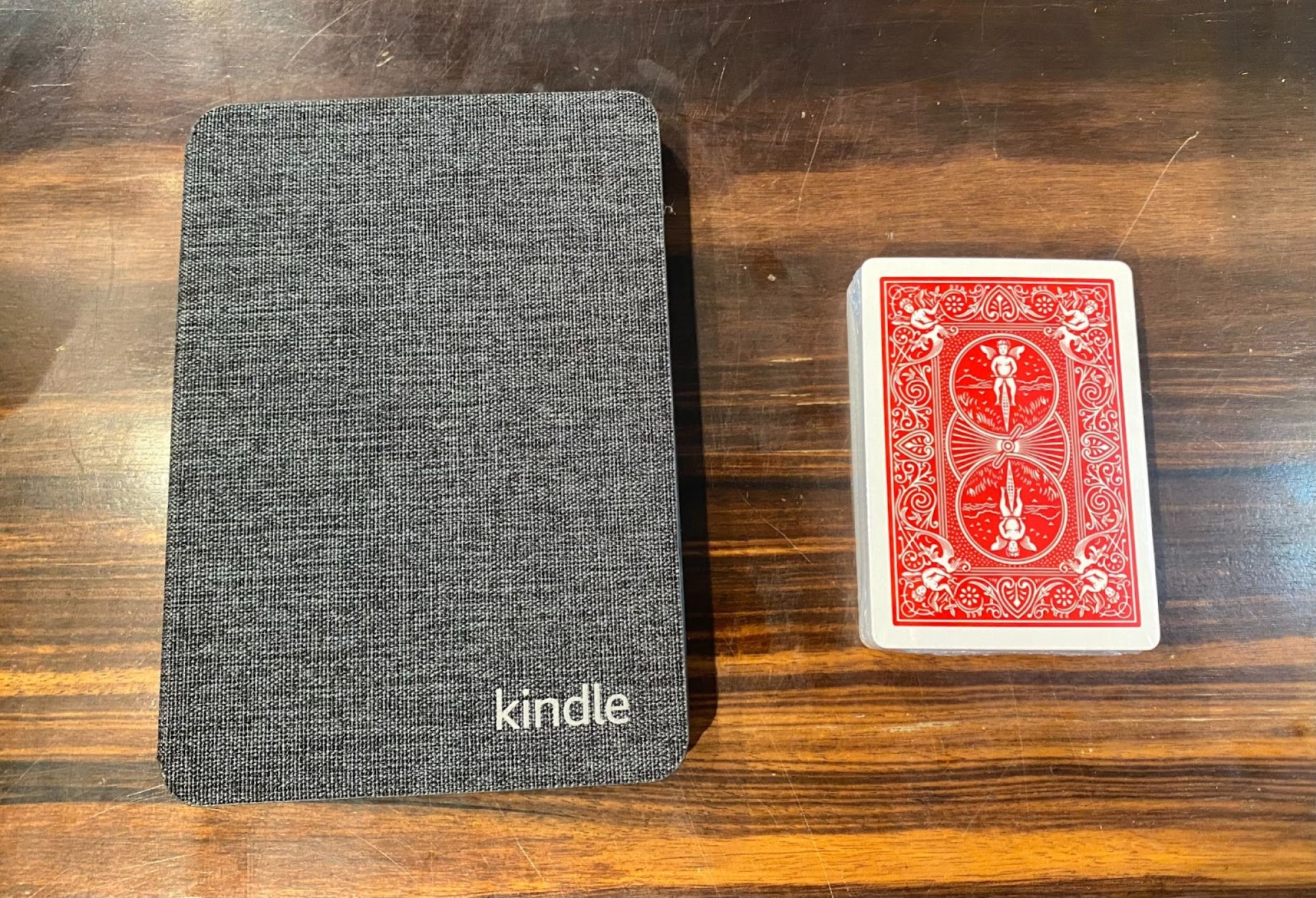 The Kindle is nice and compact for convenient transport. Credit: Mallory Minich / Mashable

The resolution of the 2022 Kindle screen is 300ppi, while the 2019 Kindle model only has a resolution of 167ppi. Book covers and pictures appear very clearly, but keep in mind they are always black and white to keep up the “paper and ink” aesthetic. Not great for books that are mostly photos. It also comes with 16GB of storage instead of 8GB, letting you download way more to your library at a time. So far, I have five or six books downloaded to my library and haven’t run into any storage issues. I’m interested to see how many books I can have downloaded at a time (it's supposedly thousands). The battery of this device does last for a while. Fully charged, I read two and a half books over the course of three weeks or so before the device reached 10 percent battery and prompted me to charge. I think Amazon’s “six weeks of battery” claim is a bit of a stretch, because it obviously depends how much you’re reading. Three weeks is still a long time for how much I was using it. 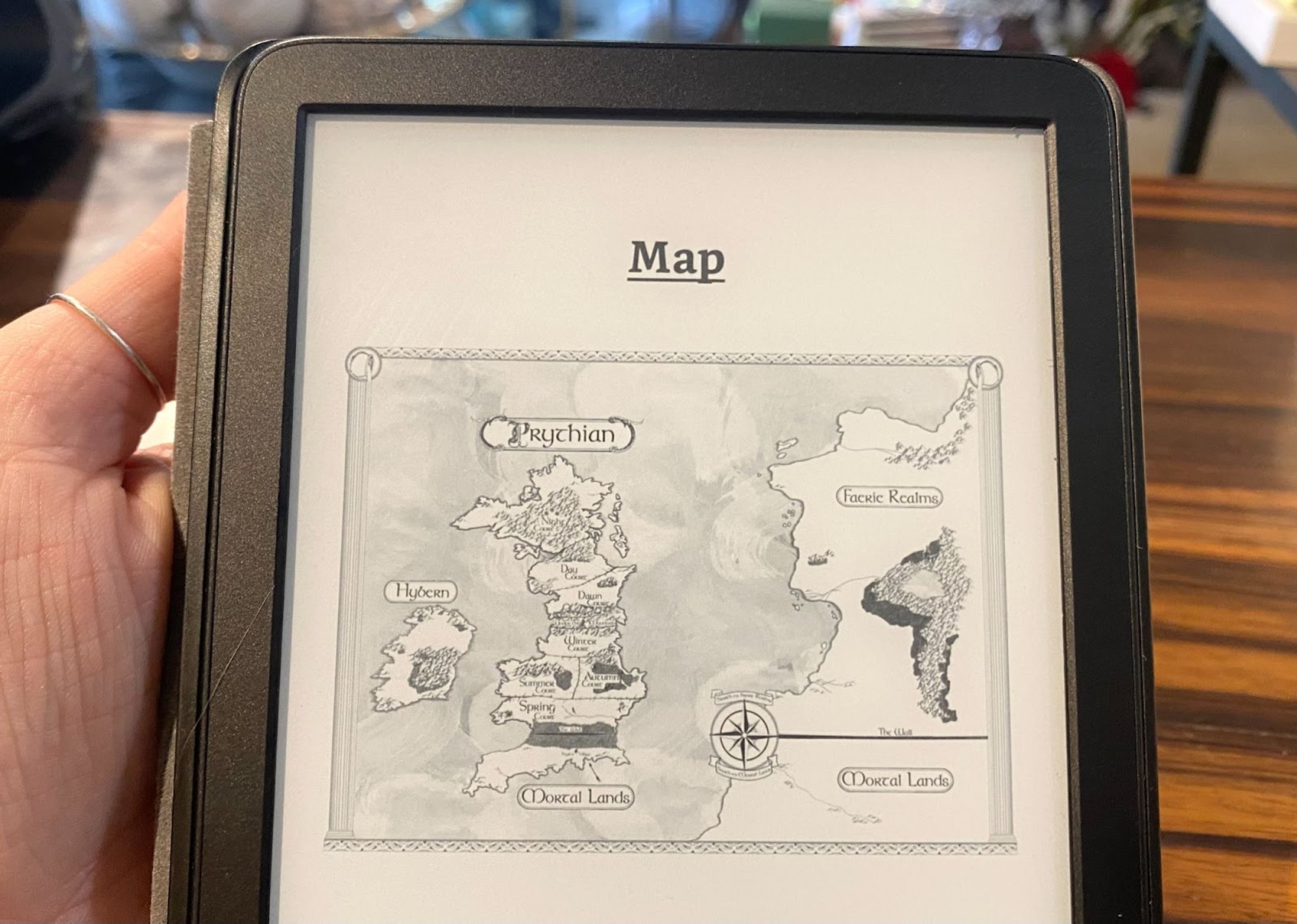 I’m pretty proud of Amazon for this one. The website states that the new model is made with 90 percent recycled magnesium. It’s also made with 75 percent recycled plastics for the black model and 30 percent recycled plastics for the denim model. It comes in biodegradable paper packaging, which lessens plastic waste. Amazon actually has a whole program dedicated to recycling old Kindle models, and they will offer you Amazon gift cards and discounts on a new Kindle device in exchange. For a company that has a large carbon footprint, it’s nice that they’re using old materials to make new Kindles, as well as giving customers incentives to return their old ones.

Why do e-books have to cost so much?

Amazon offers Kindle Unlimited, which is $9.99 a month for access to more than 3 million book titles on Kindle. New Kindle users can get a three-month free trial of the service. However, nothing I had been gunning to read was available through Kindle Unlimited. There were a few from some authors I knew, but it seems like the Kindle Unlimited selection is for people who are okay with reading whatever. I am not that person. I have a list of the next 15 books I want to read on deck at all times. I wish more than anything that Amazon had some type of deal where you could buy the printed and Kindle versions bundled together. That way, I could own the printed version while still using the Kindle for nighttime reading or traveling. My book collecting habits are against me on this one. I’m not going to spend $15 on a Kindle copy of a book that I already own on paper.

Is the new Amazon Kindle worth it?

If you’re looking for a basic e-reader, this one has everything you could need. While some of Amazon’s other releases, like the Kindle Scribe or Kindle Oasis, come with bells and whistles, they cater to a specific audience. The basic Kindle is really all you need if your goal is to read for pleasure. It’s only $10 more than the previous version of the basic Kindle and comes with way more storage, battery life, and pixel resolution. This review is coming from the perspective of someone who has never owned an e-reader, so I’m not sure how worth it these upgrades are for someone who owns an earlier version. If you are a book fanatic like me, I highly recommend adding it to your collection. For only $99, it has genuinely made me read more than I have in months.

BICAS will be closed for our Art Auction!