The rising star, 24, picked up his first-ever F1 win with victory in the Brazilian GP – and he currently sits in fourth place in the Drivers Championship.

He moved to the reigning F1 constructors champions this season – earning a bumper £5MILLION payday.

That helps the talented racer continue to fund his enviable lifestyle… even though he’s still some way short of team-mate Hamilton‘s mega £40m pay-grade.

Russell currently rents a flat in an affluent area of London, but he has plans to join many F1 colleagues in millionaires’ playground Monaco.

Away from the racing circuit, the Norfolk-born star drives a £140,000 car – fittingly a Mercedes AMG GT. 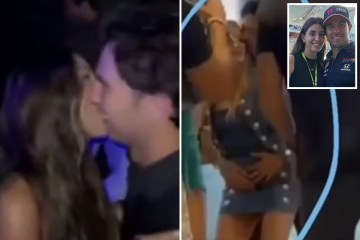 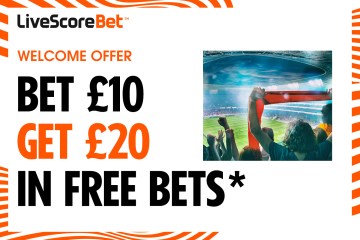 World Cup sign-up bonus: Get £20 in FREE BETS on football with LiveScore Bet

He also manages to enjoy luxurious breaks away to stunning destinations like St Barts and Santorini, and is joined by glam girlfriend Carmen Montero Mundt.

Russell already leads a playboy lifestyle, despite his tender years.

KING’S LYNN TO A KING’S RANSOM

The youngest of three children, he has a sister, Cara and older brother, Benjy.

He caught the racing bug when he started go karting at the age of seven alongside Benjy, who was involved in competitive karting.

But by 18, he moved to Milton Keynes to be closer to British Formula 3 Championship racing team, Hitech.

In early 2017, he joined Mercedes-AMG Petronas Motorsport as a part of their junior driver programme.

A year later, Williams announced that Russell had signed a multi-year deal to drive for their team.

By the age of seven, Russell was karting[/caption] Russell celebrates victory in Race 1 of the FIA GP3 championship at Circuit de Spa-Francorchamps in 2017[/caption]

As soon as he was thrust into the spotlight, Russell’s love life was placed under the microscope.

He met stunning Seychelle de Vries, who was once linked to Max Verstappen, when he raced in Formula 2 in 2017.

They reportedly dated for three years, before calling it quits.

Now, Russell has been seen with stunning Carmen Montero Mundt.

Back in February, the pair were spotted on holiday in St Barts together kissing on a sunlounger and frolicking in the sea.

While in August, Russell was spotted enjoying a break in Santorini.

Most recently, they shared some loved up snaps enjoying the country side.

Call it fate, but Russell has always had a penchant for Mercedes.

On top of his current swanky Mercedes AMG GT, he has always favoured the car manufacturer as his ride.

About the AMG GT, that’s capable of reaching 0-60mph in just three seconds, he wrote on Instagram: “Love my little rocket!”

Russell shows off his prized possession – a £140,000 Mercedes AMG GT[/caption] Russell once said about his AMG GT, ‘Love my little rocket!’[/caption] Through the years, Russell has also been spotted with two AMG C 63 Mercedes cars[/caption] The AMG C 63 costs around £80,000[/caption]

HE’S A STUDENT OF THE SPORT

One of Russell’s many heroes is the late, great Niki Lauda.

In 2017, the up-and-comer got the opportunity to meet his hero in Baku after a race.

Lauda even took the student to a Black Eyed Peas concert, after meeting him at a hotel.

Russell became friends with the three-time F1 champ, and would often lean on him for advice.

During lockdown last year, Russell shared a picture of himself reading Lauda’s autobiography.

While he was stuck at home when the coronavirus pandemic was at its height, he made sure he continued to workout and stay in shape.

He also fitted an F1 simulator to polish up on his driving skills in his bedroom.

Crucial to Russell is his diet plan.

Regularly, he shares snaps on social media of what he eats – and it’s never unhealthy.

From poke bowls to fresh salads, the athlete makes sure he’s putting the right food in his body.

Coupled with going to the gym, it’s what keeps Russell in peak condition and lean for a race car.

Aside from driving, and working out seven days a week, Russell also likes to play squash and get out on his mountain bike.

Playing and competing in sport just isn’t enough for Russell.

When he has some downtime, he’s happy to sit in front of the TV and watch a live event.

During the Euros last year, he shared an image online cheering on England. The football fan is a devoted Wolves supporter, like his dad.

While last year, he encouraged his followers to comment who they felt would win the Indy 500, which he was tuned into.

And in 2019, he was in the stands at Twickenham to cheer on England against France in the Six Nations.

This year, it’s Russell who is getting all the cheers in the Mercedes car.

They could just have the next British F1 champ on their hands too.

Hunt Showdown's upcoming event will set the world on fire