JAKE PAUL has confirmed that he will fight Tommy Fury in February next year.

The YouTuber turned boxer is ready to step into the ring with Tyson’s younger brother after much anticipation and trash talking.

Paul took to Twitter to announce the news saying: “Dear Frank Warren, I agree to fight Tommy in Manchester or London in February.

“I’ll come to his country, no more running. His baby is due then & you’ve said it’s no issue.

“Since John is adamant we’ve agreed, I am giving you seven days to present a signed contract by Tommy or I’m moving on.”

The news comes after Tommy’s father John confirmed that a deal had been verbally agreed. 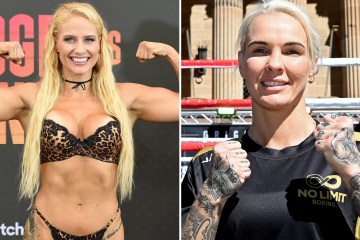 The bout looks to finally be happening after it was cancelled twice before.

They then rescheduled for the summer in America but Fury was denied access to the US following Visa issues.

Paul and the Fury family clashed at a recent exhibition event in Dubai in the latest dispute in their feud.