WALES take on Iran in their second Group B game at the 2022 World Cup.

The Dragons have a tough group to navigate, as it includes a clash with fierce rivals England and friends from across the pond USA.

Iran have some experienced players, including Sardar Azmoun and ex-Brighton midfielder Alireza Jahanbakhsh.

The Middle Eastern side will be giving it their all to reach their first ever knockout stages at the World Cup.

But Robert Page’s Dragons will also want to progress, with the tournament likely being one of superstar Gareth Bale‘s last as a Wales international.

Bale moved to LAFC in the summer, and may see his plying opportunities for Wales decrease as he gets older. 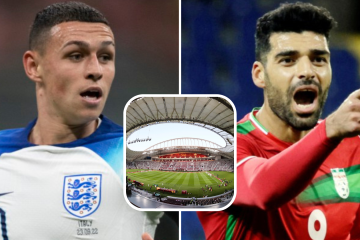 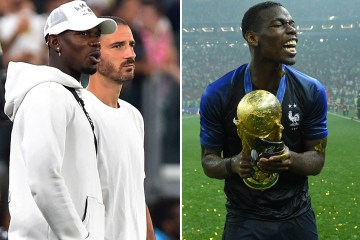 When is Wales vs Iran?

Is Wales vs Iran FREE to watch?

Yes, the game is available to watch for FREE, so long as you have a TV licence in the UK.

Exclusive: Man United will try to sign world class midfielder but are aware Liverpool & City have the edge

Today24.pro
Best Android app 2022 – Google reveals top pick for the year and it’s totally free Five ways struggling families can get free cash to help pay for food this Christmas In the age of megachurches, communion has become a big business The Darkest Secret and Tragedy of Edwin Valero