GARY NEVILLE and Jamie Carragher disagree over the best England starting line up to kick off the World Cup against Iran.

Gareth Southgate’s side begin their campaign in Qatar on Monday. 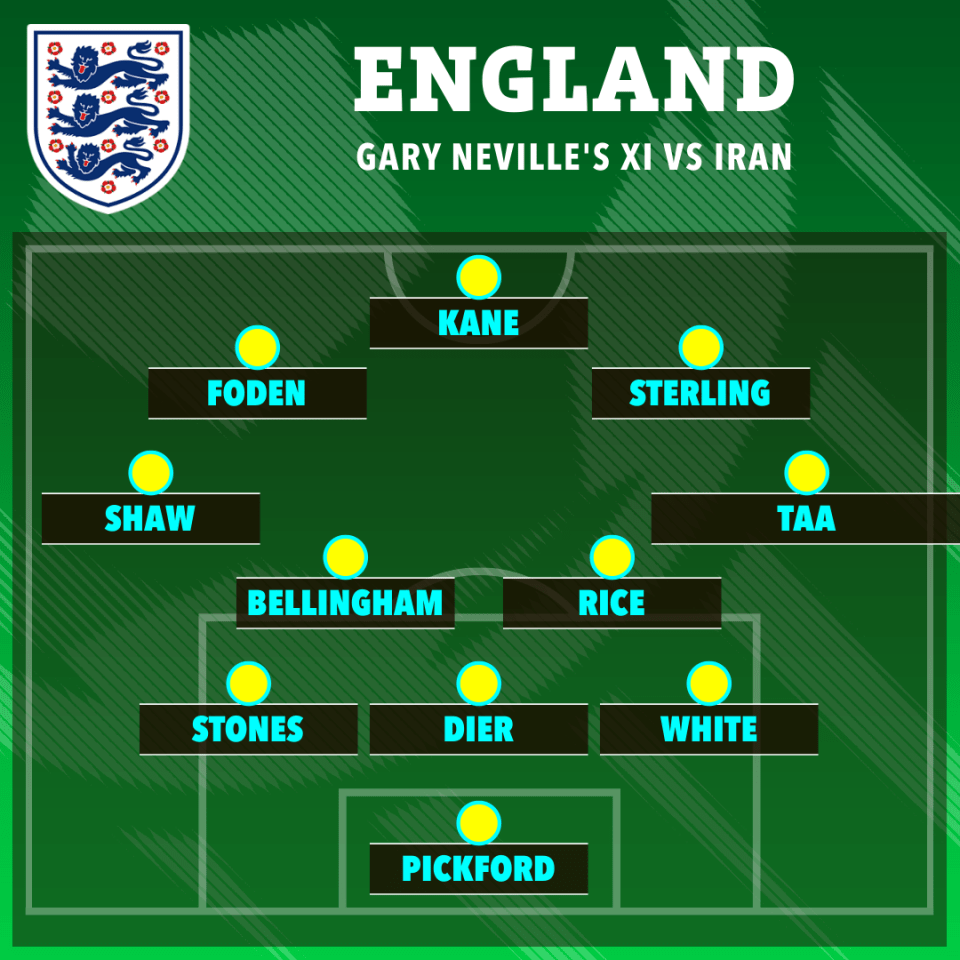 There are question marks on what starting XI and formation Southgate will opt to deploy.

Former Manchester United captain and ex-England international Gary Neville chose a back three, with four in midfield and three up front.

Jordan Pickford got the nod in goal with Ben White, Erik Dier and John Stones making up the three-man central trio.

With Reece James injured, Trent Alexander-Arnold took up the right wing-back role with Luke Shaw on the other side.

Declan Rice and Jude Bellingham are paired in midfield with Phil Foden, Raheem Sterling and Harry Kane making up the front line.

Neville told Sky Sports: “One of the best ways to beat a team like Iran, USA and Wales is to stop counter-attacks and defend well.

“In international football, if you get counter-attacked, you’re going to be in big trouble.” 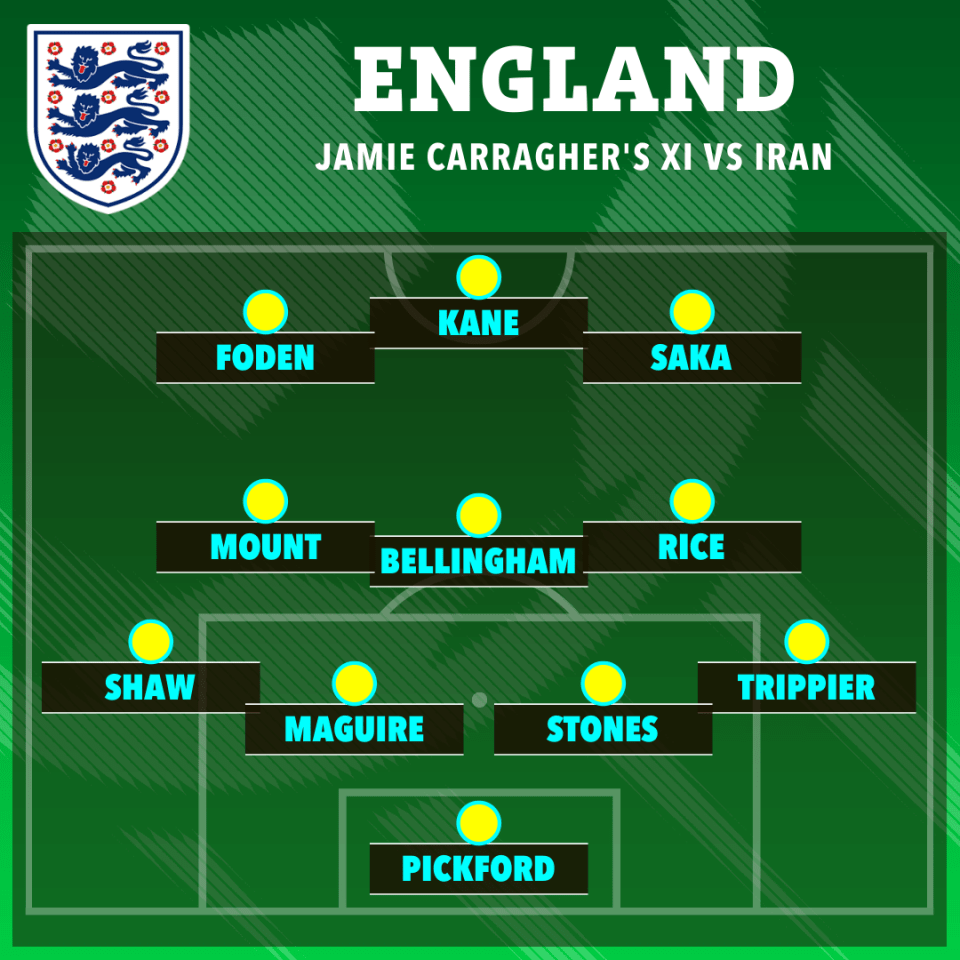 But he replaced Alexander-Arnold at right-back with Kieran Trippier and also brought in under-fire centre-back Harry Maguire.

Mason Mount would come in at midfield alongside Rice and Bellingham.

And Carragher gave in-form Bukayo Saka the nod over Sterling with Foden and Kane alongside him.

Carragher said: “I love Raheem Sterling and he was England’s best player in the Euros, he was out of this world.

“This season, his form has not been great and lately in an England shirt. Saka has been playing that well in that position.

“I prefer Raheem on the left, so it wasn’t a case of Saka versus Sterling.

“It was always going to be Saka on that side and then it’s Sterling versus Foden.

“I just think the actual ability of Foden, the way he’s playing since the European Championships, I’d go with him.”

Today24.pro
I make $1,000 a month by promoting Amazon products on social media. It only takes 5 hours per week — here's how I set up my side hustle. Billionaire investor Howard Marks touts a bargain boom as interest-rate fears grip markets - and predicts a surge in companies going bankrupt ‘How many Uber drivers does it take to pick up a disabled person?’: Disabled person says 3 Uber drivers canceled on them because of their service dog Crypto Lender Matrixport Raises Valuation to $1.5B Despite FTX Collapse