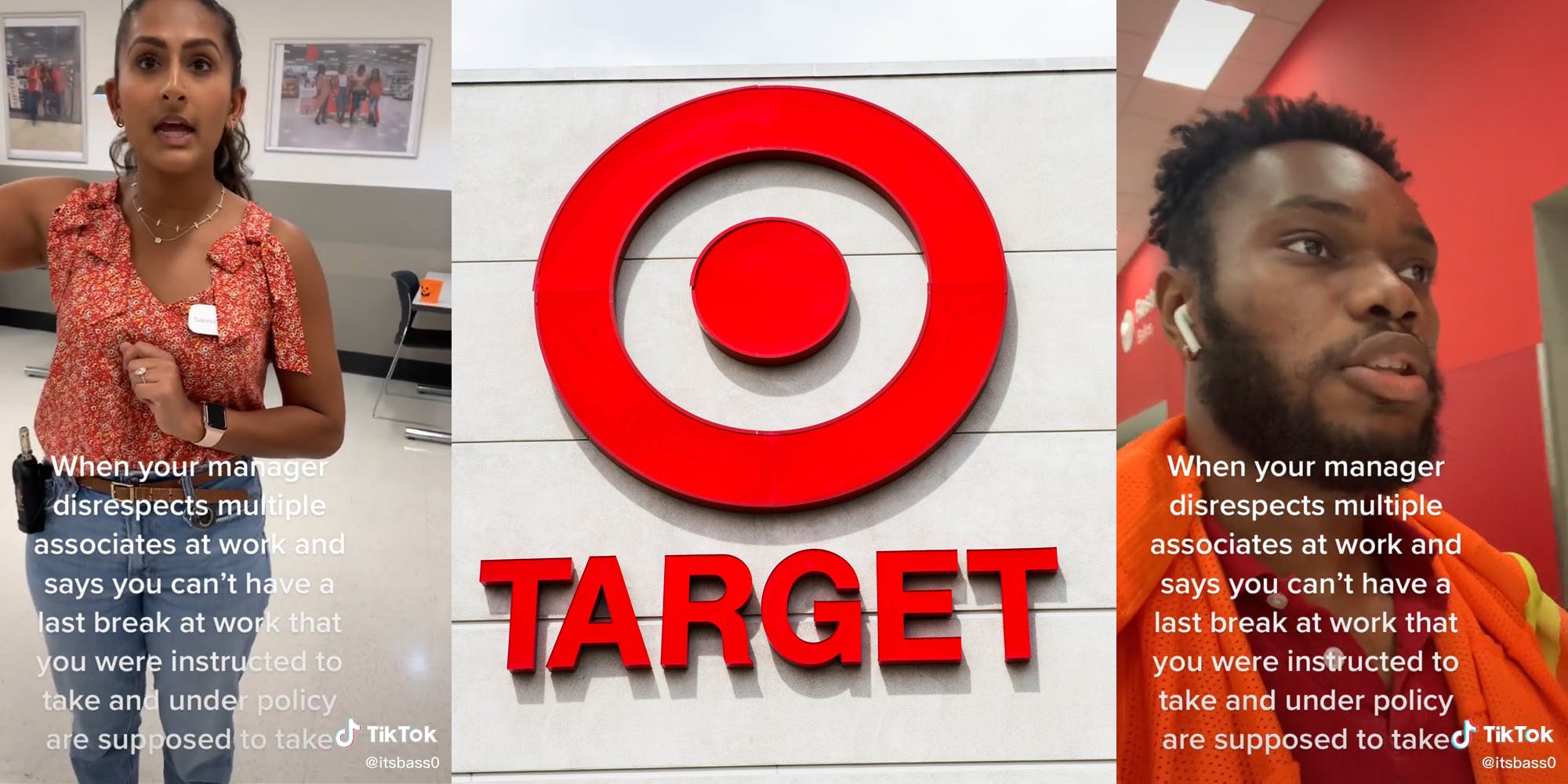 A Target worker says his manager told him to clock out for the day but refused to tell him why. The worker recorded his manager while questioning her decision to have him clock out. He posted the recording on TikTok, where it received 1.4 million views.

In the video, posted by TikTok user Sebastian Frazier (@itsbass0), Frazier's manager points to the door and tells him to "go ahead and clock out for the day." Frazier asks why she wants him to clock out, but she ignores his questioning and continues to tell him to clock out. The two talk over each other for several seconds, with Frazier continuing to demand answers and the manager repeatedly telling him to clock out.

"You won't tell me what you want me to clock out for," Frazier says. "Because you sit here and you disrespect multiple associates."

The TikToker tells his manager that she not only disrespected him but also several of his co-workers. The manager refuses to acknowledge anything he says.

In the video's caption, Frazier adds, "I’m speaking out for those who won’t do it themselves everyone deserves to be respected at work especially by upper management."

His video was met with support from many commenters.

"AS YOU SHOULD!!" one viewer wrote.

Many other users encouraged Frazier to go to HR.

"You and those associates need to file a complaint to HR," one user commented.

"And I would’ve called HR on the spot and let them know that she’s not even giving you a valid reason as to why she’s asking you to clock out," another wrote.

Viewers also commented their disapproval of managers at retail locations like Target.

"Managers think they can talk to employees however they feel," one viewer commented.

"I can’t stand a MANAGER that won’t have a conversation! cause they’re wrong!" a second wrote.

"Why do managers think they own the companies they work for at $19 an hour?" another commented. In response, Frazier wrote, "They need to understand it’s a corporation they don’t make the rules and policies it’s not a mom and pop store."

The Daily Dot reached out to Sebastian Frazier via TikTok comment and to Target via email.

Drug slows Alzheimer's but can it make a real difference?

Today24.pro
Billionaire investor Howard Marks touts a bargain boom as interest-rate fears grip markets - and predicts a surge in companies going bankrupt One of The Greatest Britons in History - Joe Calzaghe Crypto Lender Matrixport Raises Valuation to $1.5B Despite FTX Collapse ‘How many Uber drivers does it take to pick up a disabled person?’: Disabled person says 3 Uber drivers canceled on them because of their service dog