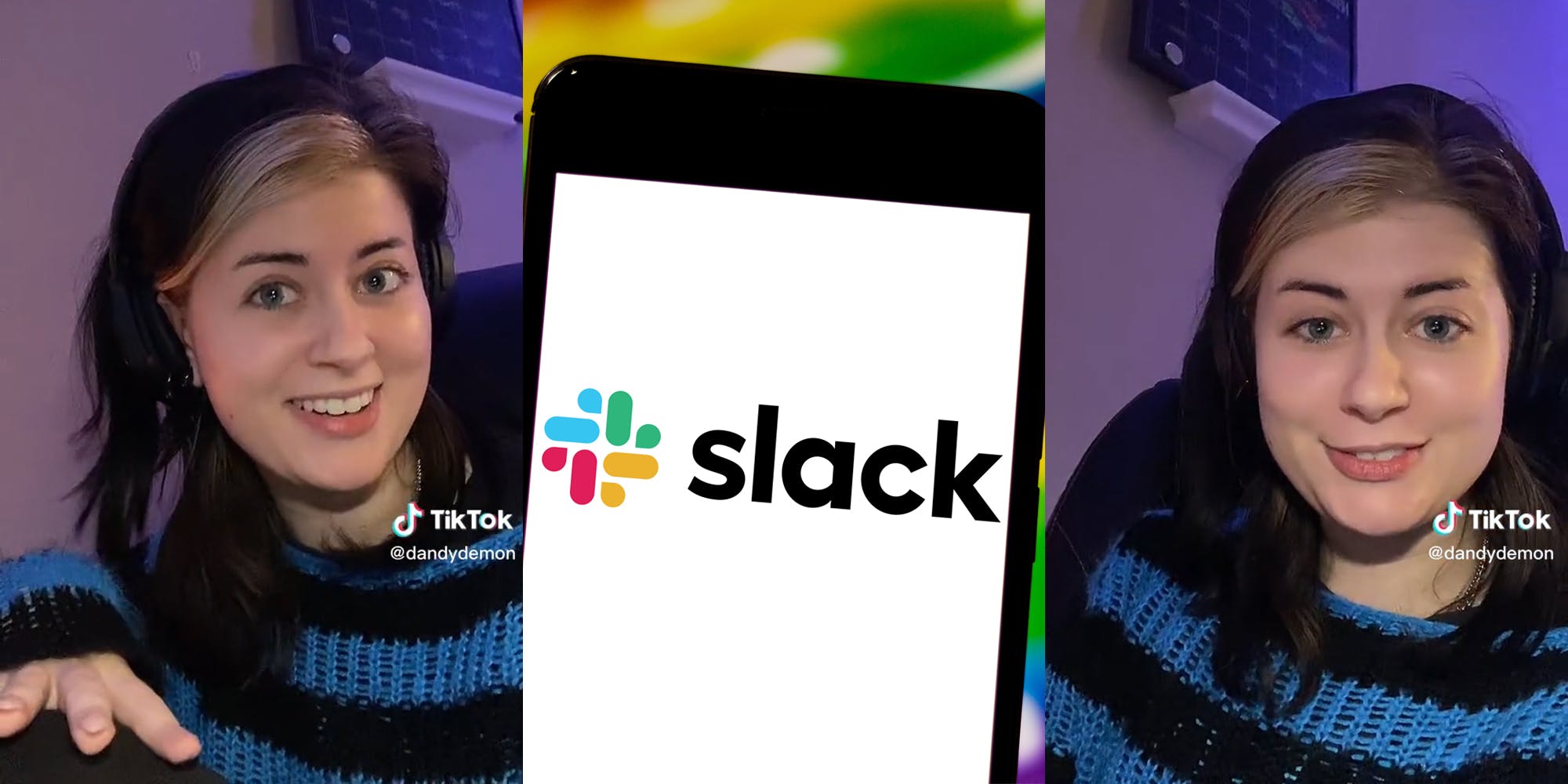 A woman on TikTok has a "pro tip" for workers whose companies use Slack, which she says could lead to "juicy" results.

In the video, which garnered about 867,000 views, TikTok user Dero (@dandydemon) suggests that viewers whose companies use slack should search for their name in the app.

"If you work for a moderately sized company, like mid-size to large-size company, and you use Slack, go ahead and search your name on Slack," the TikToker says. "Because you will be surprised at the channels that are public that are talking about you that you can read."

@dandydemon If you do this and anything comes up, pLEASE stitch lol. Thankfully, it wasn’t anything too terrible but I had never directly spoken to anyone in that group chat so it was quite the shocker #slack ♬ original sound - Dero

Dero says she searched her name on Slack once when she was working for a remote company. She doesn't name the company, but she says she found notes from when she was interviewing for the job and a group chat that was talking about her. In the group chat, she was name-dropped "many, many" times and seemingly became a running joke, she says.

"So it may be valuable to look that up," the Dero continues. She doesn't seem to have hard feelings for the company, as she laughs and sounds lighthearted throughout her video.

In the video's caption, Dero adds, "If you do this and anything comes up, pLEASE stitch lol. Thankfully, it wasn’t anything too terrible but I had never directly spoken to anyone in that group chat so it was quite the shocker."

Viewers had mixed reactions to the TikToker's suggestion. Some said they felt better not knowing what their bosses and coworkers might be saying about them.

"Nahhh I can't do that to myself I work in a lab I can't have my self esteem destroyed like that," one viewer commented.

"I think Imma leave that one left unsearched. Makes me anxious even thinking about it," another wrote.

But other users eagerly shared their findings.

"The fact that it shows messages from before you joined too like full discussions about pros/cons of hiring you," one user commented.

"I did this once on SharePoint. ….. and found an excel file with the full dollar value compensation for the entire company," a second user wrote.

A third commented, "I'm so disappointed that everything I saw was just people addressing me in channels."

The Daily Dot reached out to Dero via TikTok comment.

The post ‘You’ll be surprised how many channels are public’: Worker urges people to search their names in Slack after catching co-workers talking about her appeared first on The Daily Dot.