LOOSE Women panelist Denise Welch has slammed I’m A Celebrity as “incredibly boring” as she adds more fuel to speculation of a “feud” with Charlene White.

The former Coronation Street star, 64, hasn’t held back about her disdain for disgraced MP Matt Hancock who is currently on I’m A Celeb with her ITV co-star Charlene.

Denise has now laid her feelings bare about the ITV reality series as a whole.

The outspoken telly favourite took to her Twitter page to rant: “The Hancock show is incredibly boring television regardless of your feelings for him!!!”

She found a surprising ally in Strictly Come Dancing star Will Mellor, who backed her as she hit out at the rival prime time TV show. 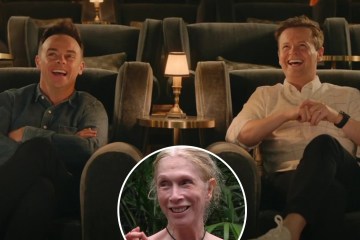 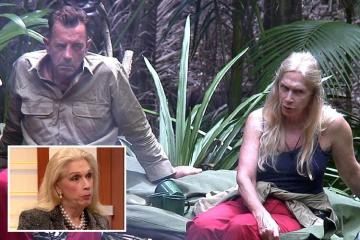 Last week, Denise sparked suggestions of a spat with fellow Loose Women anchor Charlene – all due to the fact she is sharing camp with West Suffolk MP Matt.

She shared a tweet from her follower that said “Denise Welch seeing Charlene and Matt being besties” next to a meme of someone screaming.

Proving she’s not happy with Charlene – who is deputy to camp leader Matt, Denise said: “Brilliant and true!!!”

Later Denise backtracked when news of her irritation at I’m A Celeb‘s Charlene was reported.

“I love Charlene and I know how tricky it is to be in that environment.

“I responded to a jokey video of me screaming!!”

Outspoken Denise was devastated at being kept apart from her elderly father during the pandemic – just months before his death.

Denise previously risked the wrath of ITV with a furious rant about Matt’s appearance on the show.

She blasted: “I bet all those people living with the pain of not being ‘allowed’ to be with their loved ones in the last years of their lives will be so excited to see Matt f*g Hancock in the jungle!! How dare he!!!”