MEGHAN Markle gave her best British accent a go as she mimicked guest Jameela Jamil in her new Spotify podcast.

The Duchess of Sussex’s latest Archetypes episode was released today, and the Brit actress was one of the guests.

Meghan Markle has attempted her best British accent in her latest podcast episode[/caption] The Duchess of Sussex was mimicking her guest, Brit actress Jameela Jamil[/caption]

After giving an introduction of what’s going to unfold in the episode, Meghan, 41, moves into her segment with Jameela.

It’s there that the Duchess has a go at her best British accent.

To which she replies: “Ello.” 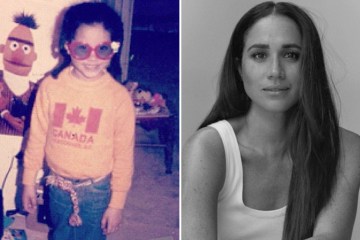 I was a shy ugly duckling who didn't fit in growing up, says Meghan in podcast 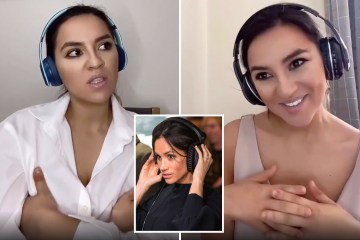 The Duchess then swiftly changes back to her American twang, and repeats: “Hello my friend.”

The episode is titled The Audacity of the Activist with Jameela Jamil and Shohreh Aghdasgloo.

It’s description says: “In this thought provoking and energizing episode, Meghan explores the stereotypes and judgments women face in the world of activism.

“In her no-holds-barred conversations with actors and activists Jameela Jamil and Shohreh Aghdashloo, Meghan deep dives into why activism in women is often deemed audacious, and the effect this has on many of the causes that matter most.

“These timely and emotional conversations are complete with comedian and activist Ilana Glazer and historian Lisa Tetrault. Learn more about your ad choices.”

In last week’s Archetype’s episode, Meghan appeared to hit back at her “Duchess Difficult” label – slamming it as a “codeword for b***h”.

She said the word “difficult” is used to “gaslight” strong women.

Later in the episode she also laughingly admitted she needs to “up her game” in raising Archie and Lilibet with Prince Harry while talking to her first guest Mellody Hobson – the chairwoman of Starbucks.

Earlier this month Meghan opened up about the “crushing guilt” she feels while being a mum and a partner in the public eye.

The Duchess also spoke about being a mother, the time she scrimped on a toy for Archie to save a few dollars, and her “chaotic” mornings with Harry and the kids.

She also revealed how she found the UK citizenship test “so hard” and would ask Harry questions.

The Duchess also gave a sneak peek into her relationship with her mum, sharing a Facetime call and secret code they have.