Mary, who was dubbed “Tesco Mary” by adoring fans due to her former role as a supermarket checkout worker, has re-vamped her look after losing six stone.

Mary, now 63, wowed Simon Cowell, Louis Walsh, Cheryl and stand-in judge Katy Perry with her rendition of ‘I Who Have Nothing’ by Tom Jones when she auditioned for the show back in 2010.

Mary made it to The X Factor‘s semi-final – which also starred One Direction and eventual winner, Matt Cardle.

She was known for her brunette locks – which she often styled into a high ponytail.

Mary also donned a poker-straight fringe in the reality series. 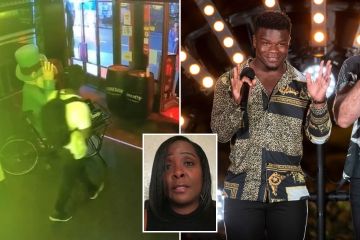 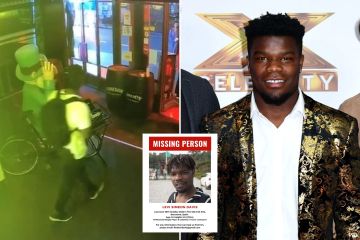 Yet the performer has completely re-vamped her look ahead of her new stage show.

Gone are her dark locks in favour of an eye-catching ash blonde style.

Mary has kept her signature fringe, albeit swept to one side, yet has chopped off her lengthy locks in favour of a shorter style.

An image for her new show, Menopause The Musical 2, shows her flashing a beaming smile with a pop of red lipstick.

I dress different for every date - guys will know if I'm into them, says Sinatta

Mary stars in the theatre show sequel which dubs itself: “A trip of self-discovery, love and friendship all backed by a soundtrack of hysterical parodied hits!”

She previously performed in Menopause: The Musical alongside Linda Nolan.

Additionally, Mary has starred on Mediterranean cruises with Cliff Richard.

Since losing out on the X Factor title, the much-loved telly star has gone on to release three albums, an autobiography and is currently working on a new album of 60s hits.

Speaking about life since the reality show which saw her rise to fame in the UK and Ireland, Mary has previously admitted she suffered from depression.

She told RSVP magazine: “Suffering from depression is very serious and getting that feeling of dread and panic can have a serious knock on affect in your life.

“I don’t see depression as a weakness, I see it as a challenge to prove to myself that I am a strong woman and I can get through this. That is what life should be about.”

While she pursued her dream of becoming a singer, Mary said she sometimes misses working with her pals at Tesco.

She previously said: “I work mainly at nights and there are times, especially during the day, that I really miss being on the tills.

“I miss the camaraderie and the friends and chatting to the customers and the craic we used to have.”

Meanwhile, the star previously revealed that her weight crept up to 21 stone during filming.

The Irish singer proudly revealed how she lost “half a person in weight”, with the positive impact on her mental health also meaning that she no longer needs anti-depressants.

Today24.pro
‘People need to stop getting mad at non tippers and start getting mad at the apps’: Lyft driver paid $50 for ride that cost $242 The Darkest Secret and Tragedy of Edwin Valero Five ways struggling families can get free cash to help pay for food this Christmas Man repeatedly punched Columbia protester, knocking her out: NYPD