Amanda Owen regularly updates her fans on her day-to-day life at the famous farm.

In recent a video posted on Instagram, Amanda’s daughter Clemmie can be seen working in the Yorkshire fields during “tupping time”.

Tupping time is often considered the beginning of the lambing year as sheep mate for the season – and unsurprisingly there are a few tasks to carry out for it to go smoothly.

She captioned the post: “Driving the flock home in preparation for tupping time.”

Her posts are always popular with fans, who love having the opportunity to share Amanda and her family’s life on the farm, particularly in the absence of a new series of Our Yorkshire Farm. 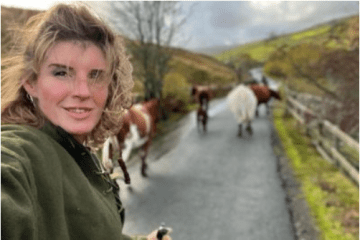 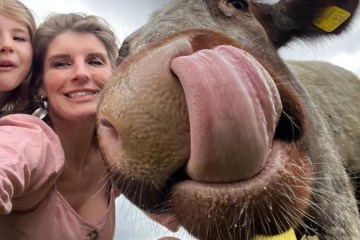 And fans were quick to comment on the post praising Clemmie for helping out with the farming duties.

One fan wrote: “Clem looking grown up, matching boots on the right feet.”

Another fan praised: “Clemmie is a force of nature.”

A third added: “Such a clever girl. She look’s beautiful there too.”

I dress different for every date - guys will know if I'm into them, says Sinatta

A fourth wrote: “There’s nothing better than learning on the job! What a little star.”

A fifth added: “Clemmie is growing into a beautiful Shepherdess.”

Earlier on that day, Amanda posted snaps of her and daughter hiking up a mountain.

A communications satellite the size of an apartment is so bright it can outshine stars, and astronomers are worried it could interfere with their research

Fire and Emergency NZ (FENZ) get their just reward.

Today24.pro
In the age of megachurches, communion has become a big business Anthony Joshua returns to America in search of new coach ahead of boxing return and links up with trainer Virgil Hunter Why the power grid is an 'attractive target' for domestic terrorists: report The Darkest Secret and Tragedy of Edwin Valero