CHRIS Moyles risked the fury of ITV bosses as he was spotted sending another secret message to his girlfriend at home.

The Radio DJ is currently dating artist manager Tiffany Austin and has been sending cryptic messages to her, to the amusement of fans online.

As presenting duo Ant and Dec revealed that Chris, 48, was picked to face the next Bushtuker Trial, Angel of Agony, Chris sent a surreptitious message to his partner at home.

During their tenure in I’m A Celebrity, campmates are strictly prohibited from contact with the outside world.

But this doesn’t seem to have stopped the Radio DJ, as he was spotted with the letter T that was emblazoned on the top of his cap.

This comes after fans spotted Chris sending a previous message to his loved ones at home last week. 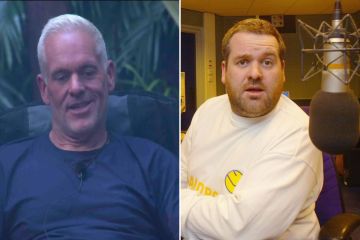 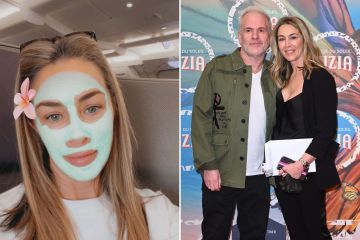 At the end of last Tuesday’s instalment of the show, the radio DJ was seen making a letter T-shape with his hands.

His gesture was located towards the end of the episode as Ant and Dec announced the competitor of the next night’s gruesome trial.

As he sat around the camera making the letter with his fingers, fans were convinced it referred to girlfriend Tiffany Austin, who he started dating back in 2015.

A fan then replied: “I think… Everyone. Lol bless.”

A third then wrote: “Love the T for Tiff sign though

The pair have reportedly been going out since the summer of 2015.

But it seems Chris always planned on communicating surreptitiously with those at home as The Sun previously revealed he was planning to use accessories to send secret messages.

As Chris arrived in Australia before the series started, he was spotted with two beaded bracelets snipped around his right hand, both of which have slogans on them.

The first had his name, ‘Chris’ emblazoned on the, whilst the other was surreptitiously labelled with the words ‘Get Me Out’.

The keys for the USC defense in Utah rematch