RISHI Sunak today urged bosses not to give workers massive pay rises, arguing to do so would only make inflation worse.

Rishi Sunak at the G20 summit in Bali[/caption]

And amid the crippling cost of living crisis, the PM vowed to place “fairness and compassion at the heart of all decisions”.

Mr Sunak said: “It’s not about me. It’s about what’s right for the country because if we do end up in a wage price spiral, the people who are going to suffer the most are the people on the lowest incomes.

“And we’ll still be having this conversation in a year’s time.”

Britain is facing an imminent winter of discontent, as hundreds of thousands of workers have threatened to strike over pay.

Union bosses last week braced the country for a “prolonged programme of industrial action reaching into every corner of public life”.

Thousands of civil servants have threatened industrial action the coming month unless ministers agree to a 10 per cent pay rise.

Nurses have also balloted to strike, demanding a 17 per cent pay hike in order to call off a walk-out.

And rail passengers will be hit by another weekend of travel chaos as drivers from 12 train operators walk out on Saturday, November 26.

Today Mr Sunak told ITV he has “enormous gratitude for our nurses”.

But he added that 17 per cent rise is “unaffordable”. 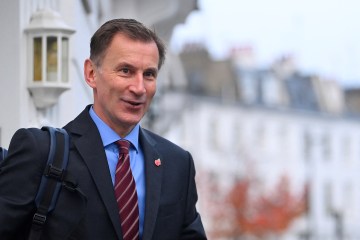 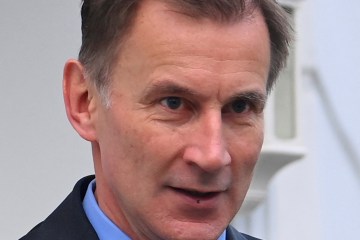 “Ultimately this money is coming from taxpayers, from everybody watching,” the PM said.

“And everyone watching will also know that they’re suffering rising bills, they’ll be having those conversations with their own employers about what’s affordable in these difficult circumstances.”

“I would say to executives to embrace pay restraint at a time like this and make sure they are also looking after all their workers,” the PM said.

On Thursday Jeremy Hunt will reveal the government’s Autumn Statement, which will have a major impact on take-home pay and taxes.

In the Commons, the Chancellor will outline how he intends to fill an estimated £50bn gap in the public purse.

This will involve a number of tax hikes and cuts to public spending.

For one, the Chancellor is set to give councils more powers to raise local taxes to pay for social care.

Currently local government chiefs are only allowed to hike it by 2.99 per cent plus a one per cent levy for elderly care without a local referendum.

But the threshold for such a vote is set to be raised, meaning it is harder to block hikes.

Meanwhile, Mr Hunt will call time on the £10bn a month universal energy bills support – with only the least well off in line for hefty support.

But in better news for Brits, the Chancellor is planning to boost the national living wage in an effort to help Brits through the cost of living crisis.

Today24.pro
Marin commercial property sales sapped by interest rate hikes Anthony Joshua returns to America in search of new coach ahead of boxing return and links up with trainer Virgil Hunter Sam Bankman-Fried could face extradition from the Bahamas to the US: Here's how, legal experts explain Portuguese artist Santiago Ribeiro exhibit in Moscow