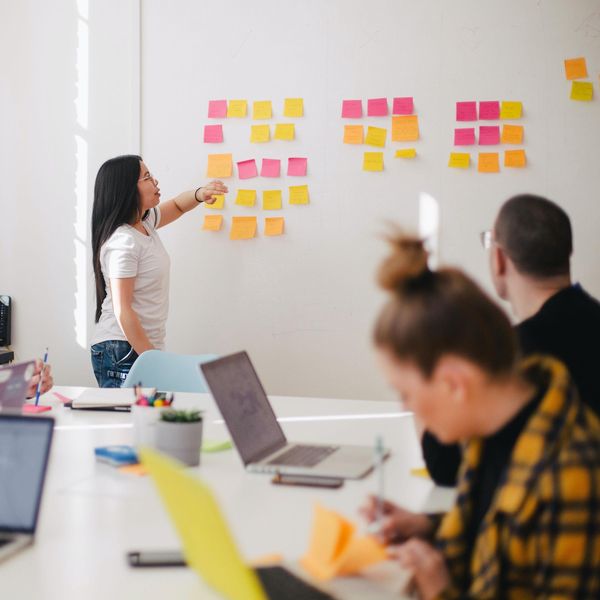 style
Georgia Tech junior Alex Ames said that the state’s new voting law put some of her college friends in a bind when their absentee ballots did not arrive in time to be counted for the midterm elections on Nov. 8.

Ames was among a group of college students and a coalition of voting rights organizations imploring local election officials to expand the access to the ballot box in the Dec. 6 U.S. Senate runoff, which is in a condensed window that overlaps with final exams and the holiday break.

The Dec. 6 runoff pitting Democratic Sen. Raphael Warnock against Republican Herschel Walker provides another example of how the state’s voting law overhaul in 2021 is changing how elections are run. In the Nov. 8 midterm, there was record early voter turnout for a Georgia midterm, and the turnout for voters under 30 across the country was the second highest for a midterm in at least three decades.

Ames said that college students and other young adults are highly energized for the election despite some of the barriers now in place that make it harder to vote.

As a result of Georgia’s Senate Bill 202 voting law, the window for requesting and returning absentee ballots was shortened, and the runoff schedule was compressed from nine weeks to four weeks after Election Day, reducing early voting opportunities.

The Senate runoff that will begin in most places on Nov. 28 won’t offer Saturday early voting, since it occurs just after Thanksgiving and a state holiday once dedicated to honor of Confederate general Robert E. Lee’s birthday.

Ames, an organizer with the Georgia Youth Justice Coalition, was joined by other activists on Monday in recommending that county election officials offer a Sunday early voting day, extend the weekday hours and open up polling stations on college campuses for the runoff. She said that she has friends in Oregon who returned their Georgia absentee ballots as soon as they were mailed to them but it didn’t arrive in time to be counted.

“I have a friend in Washington D.C. who had to pay for a flight back home on Election Day because when they requested their ballot it had not arrived,” Ames said during a press conference hosted at Georgia Tech by Progress Georgia and Georgia Organizers for Active Transformation. “I have friends at Georgia Tech who had to miss a day a class to drive back home to vote in his district.

“Vote by mail is a critical option that should be available to every voter to cast their ballots especially since this runoff coincides with final exams, the end of the semester and holiday,” Ames said.

According to the secretary of state’s office, more than 244,000 absentee ballots were cast for this year’s midterm, up from 2018’s midterm count of 223,000. As a result of the pandemic, state election officials adopted emergency rules during the 2020 presidential election, which resulted in more than 1.2 million absentee ballots being cast by mail and drop boxes.

Gabriel Sterling, chief operating officer for the secretary of state, said that the shortened runoff time to four weeks was the standard for many years in Georgia until a federal lawsuit changed it to nine weeks to give more time for overseas and military ballots. Georgia officials were able to run a successful midterm because of changes from SB 202, court rulings and the State Election Board, he said.

Georgia Secretary of State Brad Raffensperger said that as local election workers prepare for the quick turnaround for the runoff, that the midterm election proves that they can perform at the highest level.

Across the state there was an average two minutes wait time for the 1.4 million voters who came out on Election Day. The new voting law requires local elections to have wait times less than one hour. And a controversial provision made it illegal to provide water or other refreshments to voters standing in line.

The secretary of state’s office says that there were no major problems reported on a new texting line for poll works to report any threats to staff and voters or other problems that surfaced in Georgia’s recent elections.

At a Jan. 24, Rotary Club of Atlanta meeting, Secretary of State Brad Raffensperger defended the integrity of Georgia’s elections and his refusal to overturn 2020 election results. Stanley Dunlap/Georgia Recorder

“I read online that there was a person who wanted to test our line warming law so he loaded his car with boxes and cases of bottled water to get the motors in line,” Raffensperger said at a press conference this month at the state Capitol. “He started driving around and his problem was he couldn’t find any lines. And he even said in the article, ‘the system is running so smoothly today that no one lined up in the sun.’

“The credit for that goes to the counties and it goes to the voters,” Raffensperger said. “The voters took record advantage of pre-Election Day voting. They shattered the records for both absentee by mail and early in person voting in a midterm.”

Georgia’s relatively glitch-free election was a similar experience for the majority of voters across the country with voting rights advocates and state election administrators reporting few, if any, major problems.

Georgia’s early voting numbers of 2.5 million ballots cast by Nov. 4 were 20% higher from than the previous record in the 2018 midterms, leading to projections from state officials that another 2 million Georgians could show up at the polls on Election Day.

Progressive voting rights groups point out the new law explicitly allowing Georgia voters to challenge voter eligibility an unlimited number of times was a way to encourage situations like 65,000 voters who had their registration status questioned in the Nov. 8 midterm.

Raffensperger has said that he’d like to see the state Legislature revamp that section of the law in order to prevent the large mass challenges like in Gwinnett County where the local county election board rejected the majority of 37,000 complaints. In Gwinnett, 10 election workers combed through challenges and found many eligible college students, seniors, and disabled voters.

Upon arriving at the polls, some Georgia voters were informed that their eligibility had been officially challenged, forcing them to cast a provisional ballot. The new election rules also prohibited the counting of provisional ballots if a voter showed up at the wrong precinct before 5 p.m. on Election Day.

A report from the international Office of Democratic Institutions and Human Rights said that while voter challenges can be one way to remedy and correct inaccuracies in the voter list, such mass challenges in states like Georgia and Michigan raised concerns about potential voter suppression.

The Poland-based organization set up observation teams in multiple states, including Georgia, for the midterm elections.

“The Nov. 8 midterm congressional elections were competitive and professionally managed, with active voter participation,” the report said, “However, the noted efforts to undermine voters’ trust in the electoral process by baselessly questioning its integrity can result in systemic challenges. Campaigning was free but highly polarized and marred by harsh rhetoric. In many cases, partisan redistricting resulted in uncompetitive constituencies.”

iPhone 14 available at Rs 45,590 on Flipkart after: Check all deals and offers