A LUCKY mum won £1 million in the EuroMillions jackpot after her fiancé said he “wasn’t gullible” enough to play.

Holly Saul bought the life-changing ticket after thinking “why not” despite her partner Ben Lowther saying he wasn’t “gullible enough” to play.

The mega win has allowed the couple to start planning their dream wedding, after Ben proposed to Holly in Paris.

Since discovering their new fortune in October 2021, the couple, from Cambridge, have bought a new house, enjoyed a lavish holiday and Holly was able to take time off work to spend with their children.

The mum-of-two said: “Ben had quipped he wasn’t gullible enough to play, but I thought ‘why not’ and had bought a couple of tickets online on the National Lottery website.

“I can’t tell you how pleased I am that I did!” 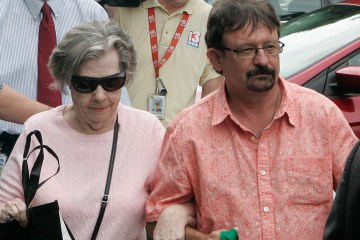 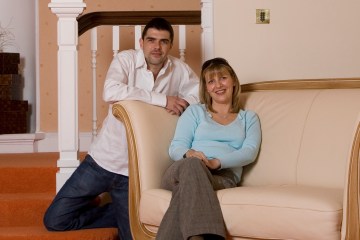 Holly scooped the prize in the UK EuroMillions draw after her father-in-law reminded her to purchase a ticket.

Ben, 39, said: “Holly and I have been together for nine years and always planned to marry one day but with two children and the cost of living, a wedding was looking like something we would celebrate much further down the line.

“Now, thanks to one chunky dose of luck, I have been able to propose – in Paris no less! – and we can start to plan the perfect wedding, and our family can all gather for another celebration.”

When bride-to-be Holly discovered she had won she recalled bursting into tears of joy.

The 29-year-old said: “We were both so shocked that I decided the only sensible option was to pour myself a G&T and Ben a Guinness.

“Not a day has gone by that we haven’t counted our blessings.

“That day we just stared at each other giggling and still, a year later, we do the same.

“I occasionally watch the film Ben took of me claiming the win and it feels as amazing now as it did then.

“We’re just so lucky, and now, standing in our new home, I still have to pinch myself!”

Holly has worked full-time since she was 16-years-old and is now enjoying more time with her kids aged 14 and three.

“I have worked full time since I was 16, only having time off for maternity leave, and while I do enjoy working and am proud of my career, I’m so humbled that I can put that on pause for a couple of years and spend more time with the children,” She added.

Ben had quipped he wasn’t gullible enough to play, but I thought ‘why not’ and had bought a couple of tickets online.”

“Like so many mums I was chasing my tail and I know I’m incredibly lucky to be able to take some time out to be a little more present in their lives,” she continued.

Ben said: “Before that winning day, Holly and I were home working in our tiny kitchen with two children in and out, desperately trying to stay on top of everything and juggling the finances.

“Now I have a job I really enjoy, and I work in the comfort of my own home office, tucked away from the noise of family life, but close enough that my ‘commute’ back to my family is a flight of stairs!”

The couple also explained that Holly’s aunt had sadly passed away at a young age.

Every year Christmas had been hosted at her house because it was the only space big enough.

“I like to think I can now rekindle her traditional gathering at future Christmas,” Holly said.

“She will be smiling down on us – I just hope I do her proud with the catering!”

“Because I was willing to be the gullible one, we have so many wonderful options ahead and we will enjoy every last one,” Holly added.

Today24.pro
Hans Niemann in the sole lead at the 3rd El Llobregat Open Anthony Joshua returns to America in search of new coach ahead of boxing return and links up with trainer Virgil Hunter In the age of megachurches, communion has become a big business The Darkest Secret and Tragedy of Edwin Valero