IF you have ever been into a McDonald’s before, which we’re sure most of you have, you’ll want to listen up.

A McDonald’s employee has revealed the really annoying thing that lots of customers do when collecting their order which drives the workers insane.

If you are a fan of McDonald’s, here’s the one thing you need to avoid doing if you don’t want to drive the employees mad[/caption] Olivia Grace, a McDonald’s employee, took to TikTok to act out a common scenario that drives her mad at work[/caption]

So if you would rather avoid the drive-thru and collect your food inside, you’ll want to take notes to avoid winding up the staff.

Olivia Grace, known on TikTok as @l1vgrac3.xoxo has been working at McDonald’s since 2020 and is highly irritated by something that many customers do when waiting to collect their order.

Olivia revealed that she finds it seriously embarrassing when calling out people’s order number, only for them to not reply.

She took to the video sharing platform to act out a common scenario that regularly happens during her shifts when customers need to collect their food order. 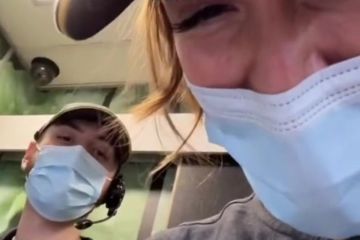 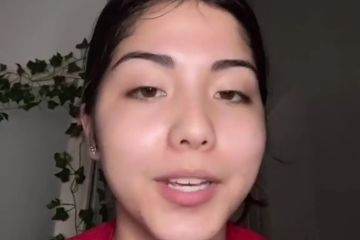 The young woman uploaded her video with the caption ‘Most awkward thing’.

In the clip, we see Olivia at work in McDonald’s, wearing her uniform.

She looks around waiting for a customer to emerge but no-one replies.

As a result, there is what Olivia describes as an “awkward silence and awkward stares”.

Then after a while of waiting, finally a customer appears from nowhere and says “Oh that’s my order”, to which Olivia hands over the food with severe embarrassment.

Olivia’s video has clearly made many people laugh, as it has racked up a whopping 567.9k views.

Many other McDonald’s employees expressed their pain at this in the comments.

As well as this, many customers expressed sympathy for Olivia and other McDonald’s employees.

One person said: “Nah cos i cant deal” to which Olivia replied “Swear they do it on purpose”.

Another added: “Yeah I get this, the stares you get when you say the order out loud. been working there nearly 5 years”.

A third commented: “And this is why I’m glad that I don’t work on the front counter”.

Someone else added: “I shout it 6 times and then they come up to me 10 minutes later asking for their food… like what”.

Meanwhile, one customer noted: “I don’t even work at McDs and I get annoyed as people who do this. Just wasting the workers time”.

While another user posted: “I take my hat off to you for doing it, it can’t be easy”.

Australia will play Green as pure batter in 1st Test vs India: Gilchrist

Zach LaVine not off the table?