EMMERDALE stars Rosie Bentham and Daisy Campbell looked worlds apart from their characters on the ITV soap at the TV Choice Awards.

The stars attended the TV Choice Awards, and both put on a jaw-dropping display as they hit the red-carpet wearing plunging gowns.

It’s that time of year when some of the biggest TV stars hit the red carpet for the TV Choice Awards – and we love seeing their looks.

The annual event was hosted by comedian Jo Brand and the winners were announced at the London Hilton on Park Lane on Monday (November 14).

Emmerdale duo Rosie Bentham and Daisy Campbell were amongst those who attended the star-studded event.

The pair showed up as Emmerdale was up against Coronation Street, EastEnders and Neighbours to win Best Soap. 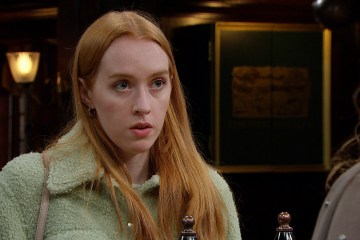 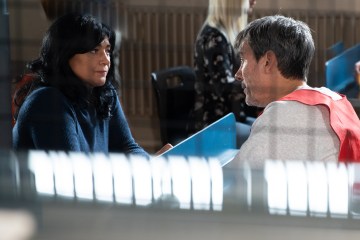 Rosie Stunned in a plunging black gown with a thigh-split, paired with black lace-up heels and a cream clutch bag for the awards.

The actress wore her hair in a low bun, with sections of her hair down and completed her look with some soft glam makeup.

While Amelia Spencer actress, Daisy looked absolutely stunning as she showed up in an elegant and classy white number.

She finished off the look with a pair of nude heels which went perfectly with the dress her dress along with a bright blue clutch bag.

The teen actress also wore a silver watch, necklace and a pair of dangly earrings.

Amelia styled her hair down in a middle parting, with some lose waves.

Getting engaged? You could win free Cracker Barrel for a year