A BELOVED Channel 4 drama has been axed after five series – leaving fans devastated.

The network confirmed today that Ackley Bridge would not be renewed for a sixth series following a report by website TV Zone.

In a statement, Channel 4 said: “We’re immensely proud of Ackley Bridge, which over the last five series has received praise for the way in which it has tackled real-life situations and issues in an irreverent and insightful way.

“However, Channel 4 has a responsibility to continuously look for new and innovative ideas and we have made the difficult decision to not greenlight another series.

“We’d like to thank The Forge, the wonderful cast and all those involved in the show’s success over the years and we look forward to working with them again on future projects.”

Ackley Bridge followed the lives of teachers and pupils at a multi-cultural school and starred the likes of Jo Joyner, Robert James Collier and Sunetra Sarker.

Most read in Drama

This who stars in ITV's new drama Litvinenko

The English cast: Who appears in the BBC and Amazon Prime series?

The English filming locations: Where was the series filmed?

This is where the cast of Father Ted are now

Posting on social media, Jo paid tribute to the show and her co-stars.

“Over and out,” she tweeted. “Very proud to have been a part of the fantastic #AckleyBridge.

“Some incredible years, fantastic memories and wonderful friends. All good things must come to an end.”

Fans of the series had previously hit out at Channel 4 and claimed the broadcaster wanted to ‘kill the show’. 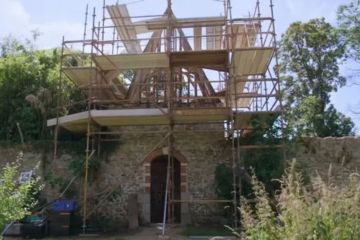 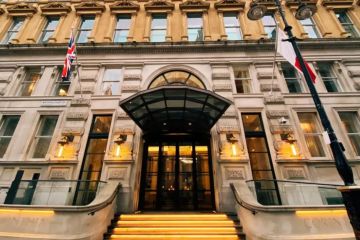 The backlash came following the stations ‘rushed’ decision to change Ackley Bridge’s timeslot from 8pm to a much later slot of 10pm.

The episodes were also reduced in length from their normal 60 minutes running time to just half an hour.

The fifth series of the show aired in the summer and stared Robert James-Collier, Sunetra Sarker and Charlie Hardwick.

Following the news, viewers have taken to social media to share their upset at Channel 4’s decision.

“Shame about #AckleyBridge but guessing Channel 4s decision was only helped by the fact #WaterlooRoad is coming back,” said one fan.

Another posted: “Ackley Bridge has been a massive part of my life since it first aired five years ago. I’ve loved every single episode of every series, and the show will be sorely missed. Can’t wait to rewatch the whole thing very soon. Farewell Ackley.”

Nick Fuentes and the elites' manufacturing of white resentment