MARTIN Lewis has given an urgent warning for Black Friday shoppers as the day gets closer.

But bargain expert Martin Lewis took to Twitter this week to reveal his most important tip for excited shoppers.

His post read: “If you were going to buy it anyway and it is half price, you’ve saved 50%.

And fans were quick to agree in the comments, with one adding: “The difference is do you need it or want it?” 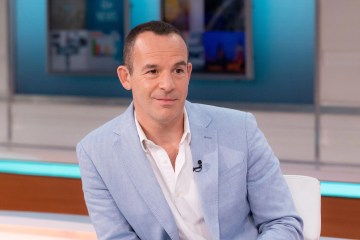 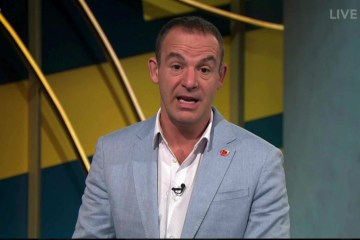 Another wrote: “Yep, something I need to take note of!”

And one more chimed in: “It’s so easy to get carried away and buy for the sake of buying, not a genuine need.”

Fast-forward to 2022, and it is now a global affair that sees tens of thousands of brands and retailers taking part.

But there are plenty of scams to keep a watchful eye out for.

Also, even if it seems like a huge deal, you should check what the price of the item was a few weeks before to be sure.

During the sales, online shoppers can maximise their savings by signing up to a cashback site.

Sites like TopCashback.co.uk are free to join and offer money back on purchases made at hundreds of retailers, across all categories.

Also knowing exactly what you want to buy and doing a bit of research beforehand can also make all the difference.

Here are some shopping tips to help you nab the biggest discounts come November 25.

There have been a few deals revealed already, including:

Black Friday has become synonymous with tech savings, and shoppers can expect deals on popular brands like Apple, Samsung, Fitbit and more during the sale.

If you’re after an Echo Dot, Ring Doorbell or any of Amazon’s cheap-and-cheerful smart devices, they’ll almost definitely be reduced too.

Big-brand appliances that rarely go on sale will get their moment in the limelight too.

During Black Friday, a quick peruse on Amazon will throw up all sorts of discounts on everyday products like dishwasher tablets and boxes of Quality Street.

You can read about deals in more detail in our Black Friday deals round-up here.