I’M A Celebrity fans are convinced they know how Matt Hancock got the public to stop voting for him.

The politician – who “fessed up” to knowing the tricks of the trade to avoid difficult questions – took on six Bushtucker trials.

But Matt‘s long run came to an end last night, as Chris Moyles, Boy George and Babatunde Aleshe received the most votes.

Now viewers think they’ve worked out Matt’s clever trick to not get another trial.

He said during the show about the Bushtucker trial: “I’m growing in confidence.

“I shouldn’t say this, but I’m start to look forward to them and enjoy them.” 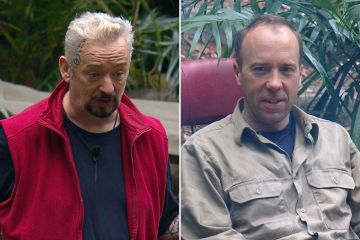 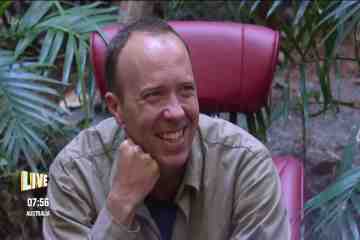 The former health secretary looked thrilled that he had been spared for the first time since entering the jungle.

After revealing the news about who would be doing the next Bushtucker Trial, host Declan Donnelly said: “We get to see some new faces coming to the trial clearing!”

However some I’m A Celebrity fans are not convinced Matt avoided the public vote.

They have claimed the vote was a “fix” after Ant and Dec revealed he wasn’t in the top three.

Others said the tide had turned on Boy George – who has been mocking Matt behind his back.

US revises up last quarter’s economic growth to 2.9% rate

Huge ITV star unrecognisable as Marilyn Monroe – but can you guess who it is?

Today24.pro
One of The Greatest Britons in History - Joe Calzaghe RoboCV: stacker robot Billionaire investor Howard Marks touts a bargain boom as interest-rate fears grip markets - and predicts a surge in companies going bankrupt I make $1,000 a month by promoting Amazon products on social media. It only takes 5 hours per week — here's how I set up my side hustle.