The newsreader’s reaction to the MP winning seven out of 11 stars rubbed viewers up the wrong way.

One viewer wrote on Twitter: “Public want ungrateful Charlene on a trial she keeps complaining about Matt getting 6 or 7 stars like do it yourself whiny She is receiving backlash Matt should have chosen another person to sleep with him . #ImACelebrity #ImACeleb.”

Another said: “Charlene please! She’s a bit rude and ungrateful. Can’t stand the controlling either #ImACeleb.”

A third posted: “Can we all agree to vote Charlene for trials just cos she’s so ungrateful for any amount of stars that’s brought back #ImACeleb.”

Former Health Secretary Matt was given 11 minutes to unlock 11 stars while being buried alive in a deep trench. 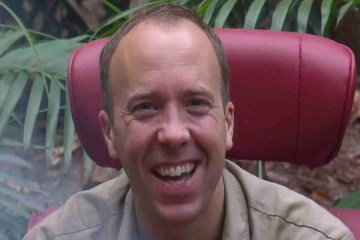 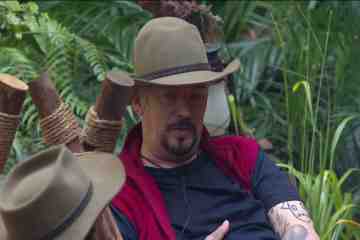 Snakes slithered through holes in the sides of his underground burial plot, and the shocking trial made for uneasy viewing.

Matt had been nominated for every trial since he joined the jungle as a late arrival, alongside comedian Seann Walsh.

Some viewers have complained about his treatment with one calling it “glorified bullying”.

The MP has often spoken about his fear of snakes and one flung itself at him during last night’s trial.

But his bravery has finally paid off as, for the first time, he’s escaped the public vote to tackle the next challenge.

Instead, Boy George, Chris Moyles and Babatunde Aleshe will face a hellish task together.