KERRY Katona has admitted that she struggles to watch I’m A Celebrity due to the “bad feelings” from that time in her life.

The star, 42, famously was crowned queen of the jungle when she appeared on the ITV smash in 2004.

But Kerry opted not to take part in the All Stars edition of the show, as The Sun exclusively revealed that the former Atomic Kitten singer passed on the offer.

Kerry has now said that while it was a “happy memory” winning the show, her life “tumbled down” afterwards.

She explained: “Watching the show brings back some bad feelings for me. I loved doing it and I’m so proud I was the first ever queen of the jungle, but my life went tumbling down after it. 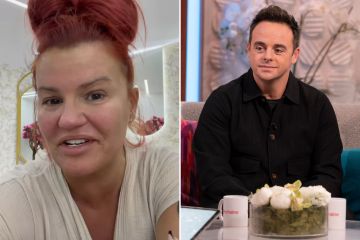 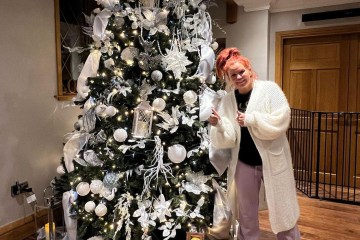 “I felt like I was no longer in control. The press and my management were in control of everything I did. I was living my life trying to please other people.”

Kerry continued to write in her OK! column that she thinks it’s “best to shut the door on that chapter.”

The singer said she needs to catch up on the show, as she wasn’t able to catch the start due to being in Turkey.

Kerry decided she couldn’t commit to the spin-off, which will see some of the most memorable campmates of all time take on the bushtucker trials once more.

A source revealed at the time: “Kerry met with ITV bosses to discuss the opportunity but made the difficult decision to pass on it.

“She is so grateful for her time in the jungle and loves the show, but couldn’t make it work as she had already committed to another TV show.”

“Kerry did have meetings to take part in I’m A Celebrity All Stars but due to other filming commitments, she was unable to take part,” said the spokesperson.

She told the Daily Star back in December: “I’ll definitely go back in. I thought, 20 year anniversary, they might do an all stars with the king and queens.”

She added, however, that there would be one thing putting her off.

“I wouldn’t want to lose my crown!” she laughed.

But Kerry has since had a change of heart and decided not to take part in the series.

The brand new spin-off show brings with it a line-up of 15 past jungle legends.

Cubs Have a Chance to Win First Ever MLB Draft Lottery

Today24.pro
Five ways struggling families can get free cash to help pay for food this Christmas Man repeatedly punched Columbia protester, knocking her out: NYPD The Darkest Secret and Tragedy of Edwin Valero In the age of megachurches, communion has become a big business