THIS is how Prince Andrew played a role in breaking devastating news to the Queen – sparking the historic speech about her worst year ever.

Her Majesty dubbed 1992 “annus horribilis” after she endured 12 months of heartache and sorrow.

Not only had three of her four children’s marriages failed, but Diana’s bombshell biography was released – and part of the Queen’s beloved Windsor Castle was destroyed in a fire.

And Prince Andrew, who is said to be the Queen’s favourite son, had the duty of telling his mother about the heart-breaking blaze.

On November 20, 1992, a faulty spotlight in Her Majesty’s Victoria’s Private Chapel set alight to a curtain next to the altar.

Just minutes later, the fire started spreading through the historic castle, including into St George’s Hall next door.

Read more on this story 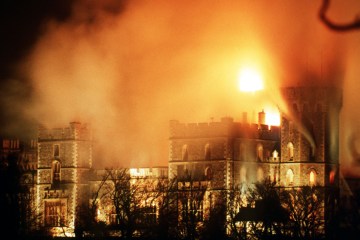 How did the 1992 fire at Windsor Castle start? 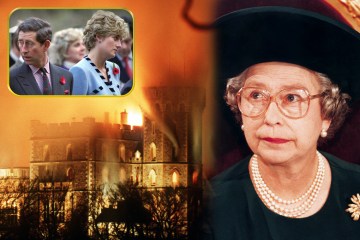 The fire was spotted at 11.30am and within three hours a team of 225 firefighters from seven counties were tackling the outbreak.

The Queen and Prince Philip were not there at the time.

But Andrew happened to be there as he was doing research for a course he was taking at Staff College in Camberley.

The then-32-year-old was said to have organised a human chain to bring out artworks and valuables that may be destroyed.

He then had the difficult duty of telling his mother what had happened.

As soon as the Queen picked up the call from Andrew, she rushed to her beloved home and arrived about 3pm.

Photographs from the time show Her Majesty looking sombre in a hooded rain jacket and head scarf as she speaks to firefighters and surveys the remnants of her castle.

She was said to have stayed for an hour, leaving as Prince Andrew spoke to journalists.

He told the reporters his mum was “devastated”.

The blaze destroyed 115 rooms, causing millions of pounds worth of damage.

Just four days after the horrific fire, the Queen made her famous speech, saying the year was the worst she’d had.

She said: “1992 is not a year on which I shall look back with undiluted pleasure.

“In the words of one of my more sympathetic correspondents, it has turned out to be an ‘Annus Horribilis’.”

It took fire years to rebuild the castle.

Police officer, 27, in court after he 'tried to murder woman at Premier Inn'

Initially the work was due to be footed by the taxpayer, as Windsor Castle is owned by the Government and not the Royal Family.

However, after outcry the Queen paid 70 per cent of the restoration work and opened parts of Buckingham Palace to the public to generate income.