I’M A Celebrity… Get Me Out Of Here has been slammed by the RSPCA over the “cruel” treatment of live animals on the show.

The animal charity started up a petition to demand the use of live animals is stopped after Matt Hancock was seen inside a tank of more than 30 snakes in last night’s show.

MP Matt, 44, took part in his SIXTH Bushtucker trial last night, where he was buried underground with the live creatures.

The RSPCA slammed the “stressful” environments inflicted on some creatures, and slammed ITV bosses for “concerning” treatment including “dropping, throwing and the rough handling” of animals.

“Life’s a scream, unhappy campers,” the RSPCA captioned their petition, which calls to end the use of bugs, reptiles and mammals.

“Returning for its 22nd season, I’m a Celebrity… Get Me Out Of Here is one of ITV’s most anticipated reality shows. It’s also one of the most worrying,” the petition page reads. 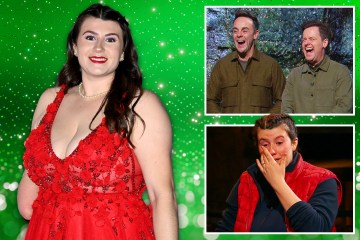 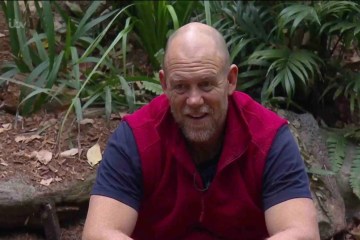 “Every year, we are faced with serious concerns about the use of animals, including snakes, insects and other live creatures during the filming of the show.

“Since ‘I’m a Celebrity’ was first aired, animals have been dropped, thrown, handled roughly, crushed, chased, overcrowded, scared by contestants and prevented from escaping from stressful experiences.

“We’re more concerned than ever about the use of live animals on the show and the example it sets for viewers.

“The show’s messaging and the potential to prompt people to try and copy the ‘Bushtucker trials’ at home is also worrying.

“”e feel that deliberately portraying species as nasty or frightening or as objects that can be used purely for entertainment rather than sentient, living creatures sends out totally the wrong message.”

It’s not the first time that the RSPCA have hit out against the ITV show – as in 2020 they called for the end of using live animals.

Shane Richie and Jordan North took part in The Viper Vault, which saw them lowered into a coffin-like structure with 30 snakes.

The trial saw them showered with cockroaches, mealworms and crickets as they tried to pass stars from one stall to the next.

The RSPCA released a similar statement about “stressful environments” for animals, and called for the use to end.

The animal welfare charity claimed that I’m A Celeb bosses had been in contact with them prior to the series airing.

However, the RSPCA said they were disappointed to learn they would still be using animals despite their concerns.

The RSPCA explained they would continue to put pressure on ITV and I’m A Celeb producers to “rethink” the way animals are used on the series.

The RSPCA encouraged viewers who take issue with the way animals are used on the show to contact Ofcom or ITV directly.

In light of their statement, a spokesperson for I’m A Celebrity told the Daily Star: “I’m A Celebrity complies with animal welfare law concerning the use of animals and we are proud of our exemplary production practices.”