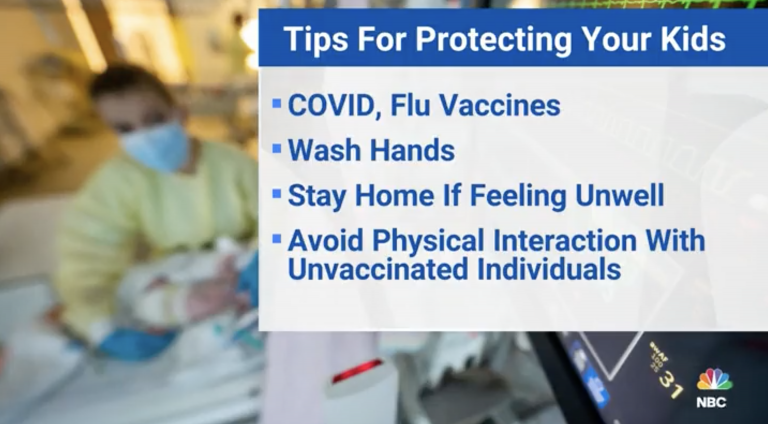 Parents should "avoid physical interaction with unvaccinated individuals" to keep their families safe from respiratory syncytial virus (RSV), according to NBC News, even though there is no RSV vaccine.

During a Monday segment, senior medical correspondent John Torres discussed why some children are more affected by the seasonal respiratory virus than others. While the commentator said that "we don't exactly know why that is happening," the network displayed an infographic that warned parents to stay away from unvaccinated people.

While there is no RSV vaccine, NBC suggested that children receive the COVID-19 and flu vaccines to combat the seasonal illness. Other suggestions included washing hands and staying home if children feel unwell.

"The vast majority of kids by the time they reach the age of two have been infected by RSV," Torres said. "Not that many actually get complications from it."

The post NBC Suggests Parents Stay Away From ‘Unvaccinated Individuals’ To Protect Children From Illness That Doesn’t Have Vaccine appeared first on Washington Free Beacon.