LOVE Island power couple Ekin-Su and Davide looked all partied out as they stole a kiss after the star-studded TV Choice Awards.

The duo were all smiles as they cosied up in the back of a taxi outside the Park Lane Hilton Hotel.

The romantic moment topped off a top night of fun celebrating the best of British telly.

They weren’t the only ones who looked to have had a blast.

Denise Van Outen wore a content expression on her face as she left alone, looking great in a plunging silver dress.

EastEnders’ Danielle Harold beamed, waved and blew kisses for cameras after hopping into a car after hanging out with her co-stars. 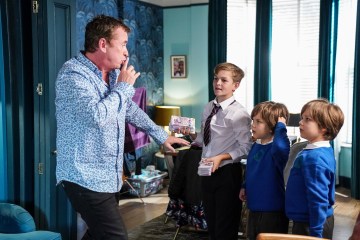 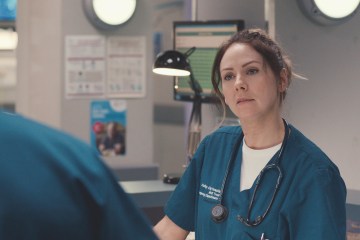 Minty Peterson actor Cliff Parisi appeared in the mood to entertain emerging from the hotel’s revolving doors with his arms outstretched.

Comedian Russell Kane ripped open his white shirt in his taxi to reveal his smooth and tanned bare chest.

The Chase’s Bradley Walsh delighted fans by signing autographs as he left the venue, while his co-star Mark Labbett rehydrated with a tin of water.

Strictly duo Anton du Beke and Shirley Ballas were in fine spirits and brought ballroom glamour to the event.

Earlier in the night This Morning failed to secure its ninth win for best daytime TV show.

The Holly Willoughby and Phillip Schofield fronted programme was beaten by The Chase.

It is the first time since the pandemic that the star-studded awards, which showcase what viewers voted for as their favourite shows, have returned in-person and there were hosted by comedian Jo Brand.

I’m A Celebrity… Get Me Out Of Here! won its 17th best reality show award while Channel 4 saw Gogglebox named best entertainment show.

The BBC’s Call The Midwife won best family drama while the star of the period drama Jenny Agutter was named best actress.

BEST REALITY SHOW I’m A Celebrity… Get Me Out Of Here!, ITV

What Sinema's party switch means for the Senate