A WOMAN has accused a nail technician of doing her dirty after she was left with nails that looked like chewing gum.

Cal took to TikTok to share a video of her talons, which she had done in a “random salon in Detroit”.

“My coworker said they look like Chiclets,” she wrote over the clip, referring to the small white pieces of gum that are sold in the US.

Cal also shared a conversation on Messenger that she’d had with her colleagues. 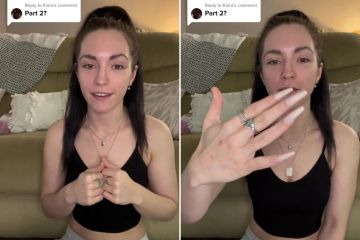 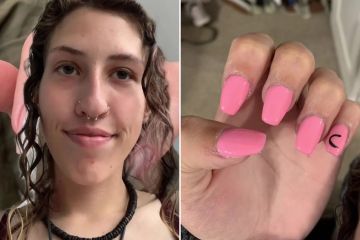 Before another replied with a picture of the Chiclets.

“Rip to my nails,” Cal captioned the video.

“They definitely look minty fresh!” one person commented on the clip.

While another added: “Exactly why i stop going to random neighbourhood salons.”

“I learned my lesson,” Cal replied.

“Can’t believe you left the salon with those,” someone else wrote.

“Little snow shovels, just in time for holidays,” another laughed.

I was a college academic advisor. I want to debunk the myth of the 'dream school' for students.